Jay-Z, Barack Obama Announced as Guests on Letterman’s Netflix Series My Next Guest Needs No Introduction 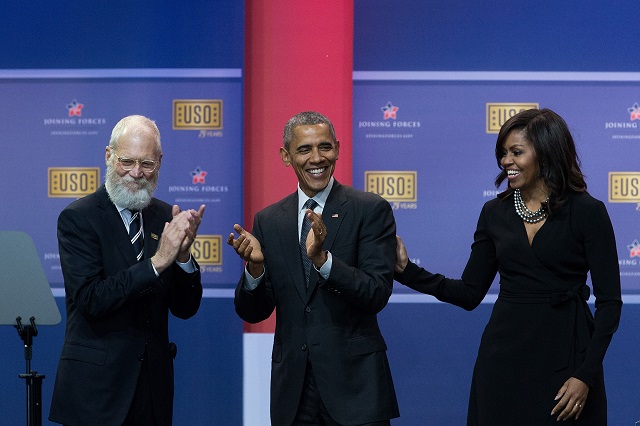 David Letterman is set to return to television next week with the the premier of his new Netflix series My Next Guest Needs No Introduction. With a name like that, the show would obviously have to pull some big talent to sit across from the long-time late night host, and they did just that by snagging Barack Obama and Jay-Z. Letterman has been off the air since he retired from The Late Show in 2015, but kicking off the series with Obama’s first talk show interview since leaving office is sure to get plenty of people to tune in for the Jan. 12 premiere.

Unlike previous Netflix shows, My Next Guest Needs No Introduction won’t be released all at once. Instead, a new hour-long episode will premiere each Friday for six weeks. Other guests include Howard Stern, Malala Yousafzai, Tina Fey, and George Clooney. Watch the trailer below.