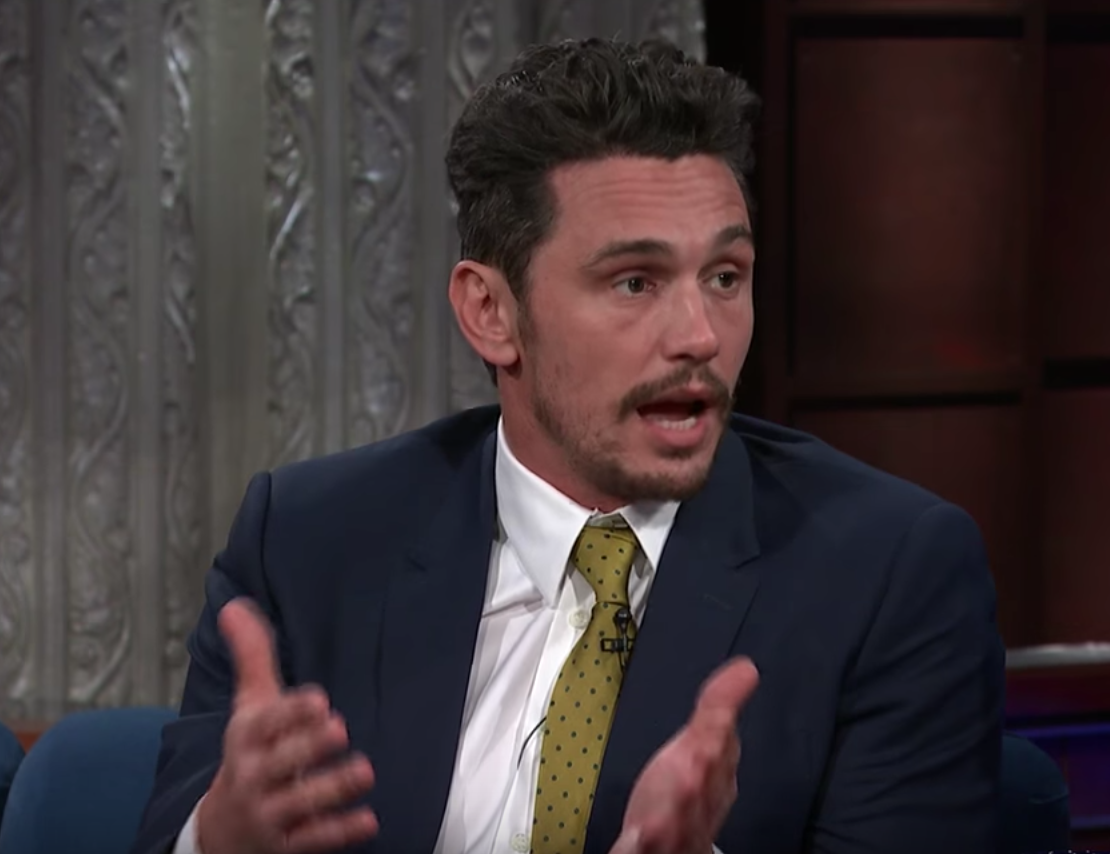 During an appearance on The Late Show With Stephen Colbert last night, James Franco was asked about recent allegations of sexual misconduct levied against him on Twitter. Tweets were posted by several different women, including actress Ally Sheedy, following Franco’s appearance at the Golden Globes, where the actor and directed wore a Time’s Up pin and won the award for Best Actor in a Musical or Comedy for his film The Disaster Artist.

Colbert’s questions, which Colbert said he had warned Franco about backstage, came at the end of Franco’s appearance the show. Franco responded directly to Sheedy, whom he directed in the Off-Broadway play The Long Shrift in 2014, saying: “I have no idea what I did to Ally Sheedy. I directed her in a play Off Broadway. I had nothing but a great time with her–a total respect for her. I have no idea why she was upset.” In regards to tweets from other women, Franco called them “not accurate” and claimed he had heard about them but not read them:

In my life I pride myself on taking responsibility for things that I have done. I have to do that to maintain my well-being. I do it whenever I know that there’s something that’s wrong that needs to be changed. The things that I’ve heard that were on Twitter are not accurate. But I completely support people coming out and being able to have a voice, because they didn’t have a voice for so long. I don’t want to shut them down in any way. I think it’s a good thing and I support it.

Colbert followed up by asking Franco if he had “any idea of what the answer might be to come to some sense of what the truth is so there can be some kind of reconciliation between two people who clearly have a different view of things?” Franco replied, after some faltering, that “In my life, I can’t live…if there’s restitution to be made, I will make it. If I’ve done something wrong, I will fix it. I have to. I don’t know what else to do. I think the point of this thing is to listen.”

On Sunday, Sheedy’s tweets seemed to implicate both Franco and actor Christian Slater. One alluded to her relationship with Franco possibly having had a role in the course of her career: “James Franco just won. Please never ask me why I left the film/TV business.” Yesterday, The New York Times cancelled a NYC TimesTalk with Franco, scheduled for this evening, because of the accusations on Twitter.

Watch the full clip below.