In a Hollywood Reporter column, author Michael Wolff shed some light on the time he spent as a fly on the wall of various West Wing offices for his tell-all Fire and Fury: Inside the Trump White House. Wolff reported some of the behind the scenes shit talk of the beleaguered White House staffers, including how they characterize his relationship with the first daughter and senior presidential adviser Ivanka Trump and Hope Hicks, the Trump campaign’s press secretary turned White House communications director following Anthony Scaramucci’s spectacular flameout. From THR:

As telling, with his daughter and son-in-law sidelined by their legal problems, Hope Hicks, Trump’s 29-year-old personal aide and confidant, became, practically speaking, his most powerful White House advisor. (With Melania a nonpresence, the staff referred to Ivanka as the “real wife” and Hicks as the “real daughter.”) Hicks’ primary function was to tend to the Trump ego, to reassure him, to protect him, to buffer him, to soothe him. It was Hicks who, attentive to his lapses and repetitions, urged him to forgo an interview that was set to open the 60 Minutes fall season. Instead, the interview went to Fox News’ Sean Hannity who, White House insiders happily explained, was willing to supply the questions beforehand. Indeed, the plan was to have all interviewers going forward provide the questions.

The “Ivanka is the real FLOTUS” takes have been bandied about ever since Ivanka and her husband Jared Kushner made immediate plans to move to D.C. in preparation for their White House roles following the election while Melania Trump chose to stay cloistered in Trump Tower until son Barron finished out his school year. It’s also been noted that President Trump trusts Hicks as much as he does his immediate family, often referring to her by pet names like “Hopie” and “The Hopester.” A 2016 New York Times profile of the then campaign press secretary attributed Hicks’s effectiveness as a gatekeeper, in part, to “knowing, for instance, not to bother Mr. Trump while he is watching a major golf tournament.”

Just as President Trump has a demonstrably creepy relationship with his real daughter, he reportedly can’t help but sexualize his pretend daughter. According to Wolff’s admittedly questionable reporting, Trump once told Hicks she was the “best piece of tail [Corey Lewandowski will] ever have,” referring to the rumored affair between Hicks and Lewandowski, Trump’s short-lived rabid doberman of a campaign manager. 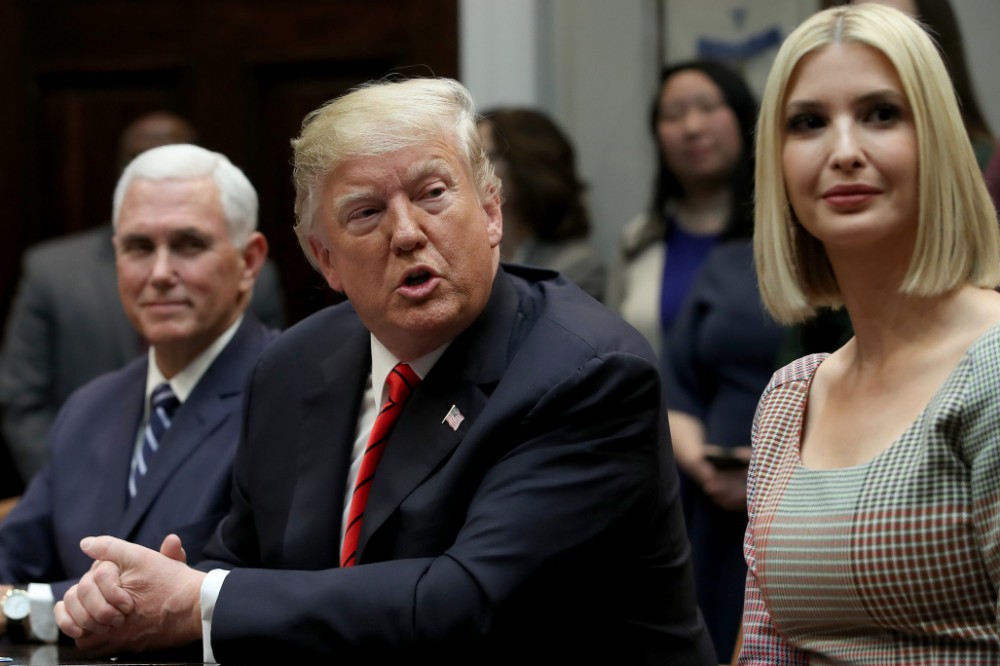 The White House sounds like a really fun place to work.