Home » News » Hall and Oates Are Touring With Train

Hall and Oates have announced a co-headlining act for their 2018 summer tour. Last summer, the legendary duo embarked on a large North American stint with Tears for Fears, top-of-the-charts contemporaries of theirs during the 1980s and a tasteful pairing by any stretch of the imagination. This year, Hall and Oates have made a more avant-garde choice: Every date of their upcoming four-month tour will feature Train. According to Rolling Stone, the bands, both admittedly pop hitmakers in their own right, will perform separate sets each night, and then collaborate together of some kind of sordid grand finale.

“This is going to be a tour filled with fun as well as great music,” Daryl Hall told the magazine. “I love Train and have a close relationship with Pat Monahan, going back to our Live From Daryl’s House show together.” Train singer Monahan appeared on Hall’s performance-based web series back in 2010. To get a taste of what ticketbuyers might be in store for at the end of one of the summer gigs, you can sample their nefarious collaborative rendition of Train’s “Hey Soul Sister” from that show.

The only upshot of this fiasco is that H&O are reviving their beloved hoagie-heavy music fest HoagieNation Festival for their hometown date in Philly. If you want to know where you can see the group that wrote “Rich Girl,” “I Can’t Go For Love,” and “Sara Smile,” and also Train, you can find the full list of their tour dates below. You can also sample one of the best and one of the worst songs of all time. 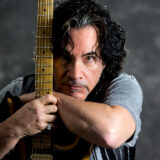