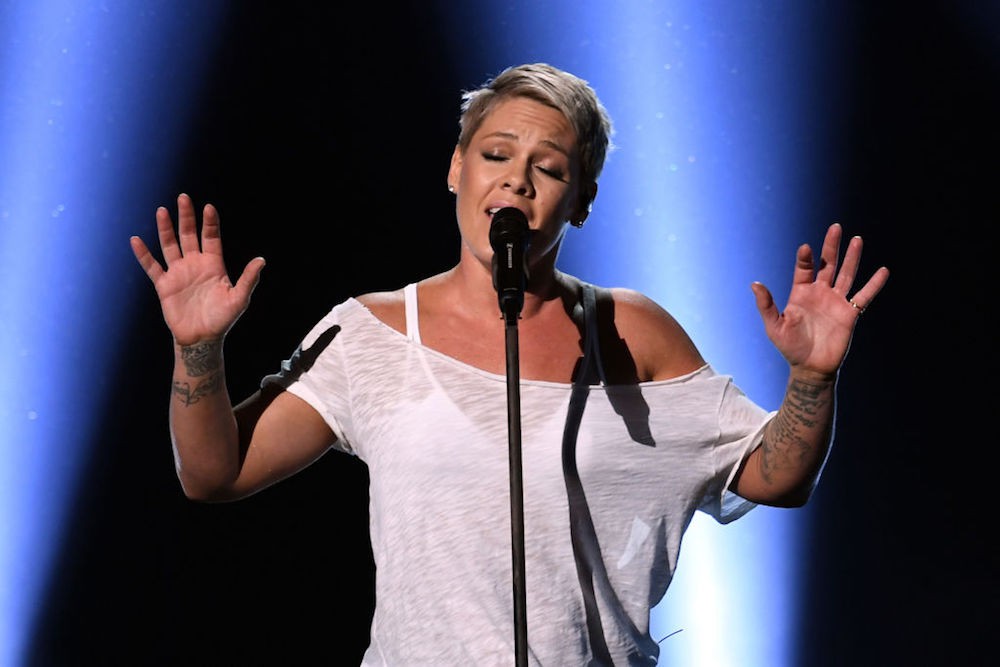 Pink performed “Wild Hearts Can’t Be Broken” off Beautiful Trauma– her first album in five years–at the 2018 Grammys. Pink originally wrote the track for the 2015 film Suffragette. “You have to fight for what’s rightly yours, which is rights and respect and love and kindness and compassion and you have to be willing to die for it,” Pink said of the suffragettes that inspired the track.

Despite Pink’s concerns about the state of radio airplay and charting (“They don’t play girls over 35 on Top 40 radio,” she said), the album’s lead single “What About Us” reached No. 13 on the Hot 100 chart, while the album itself reached No. 1 on the Top 200 chart. Pink was nominated for Best Pop Solo performance for “What About Us,” her nineteenth Grammy nomination overall.

Watch her performance of “Wild Hearts Can’t Be Broken” below.