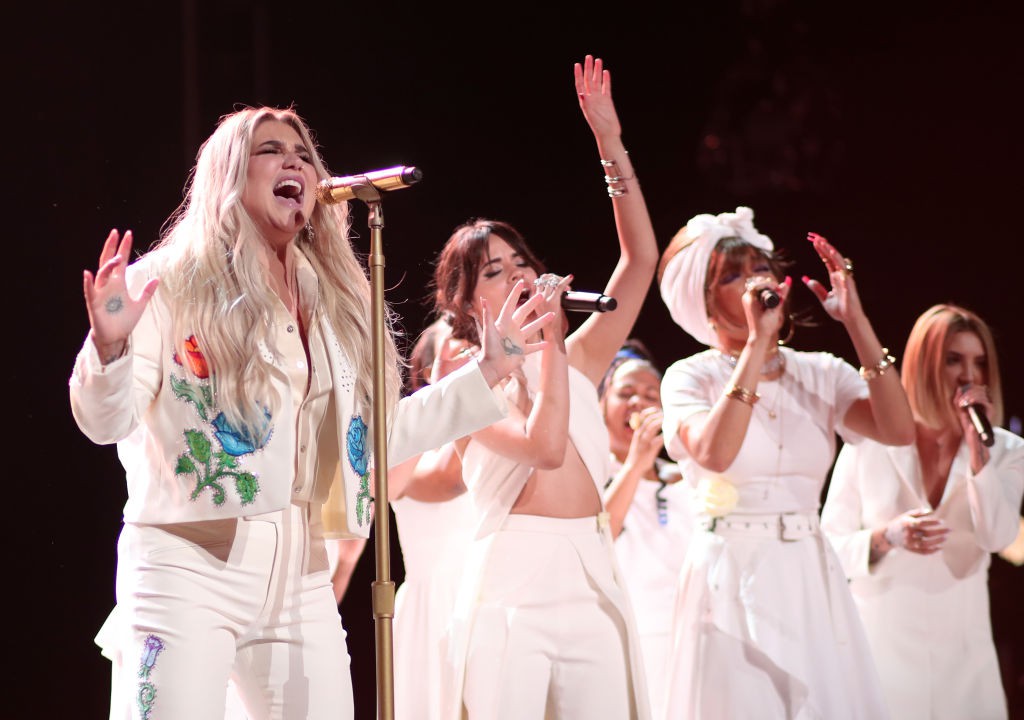 One of the most highly anticipated moments at tonight’s 60th Grammy Awards was Kesha’s performance of “Praying,” the powerful ballad of hurt and betrayal that’s nearly impossible not to hear as a rejoinder to Dr. Luke. Kesha sang it shoulder-to-shoulder with Cyndi Lauper, Julia Michaels, Andra Day, Camila Cabello, and Bebe Rexha, the most striking symbol of women’s solidarity at a ceremony dotted with white roses and “Time’s Up” lapel pins.

Among the fans watching at home was Kesha’s record label, Sony Music, which has held a frustratingly opaque position in the singer’s rape and harassment allegations and subsequent contract dispute against Luke. In a portion of a lawsuit from 2015, Kesha accused Sony of complicity, claiming that label executives “either knew of the conduct and turned a blind eye, failed to investigate Dr. Luke’s conduct, failed to take any corrective action, or actively concealed Dr. Luke’s abuse.” Sony has said it does not have the power to end the contract between Kesha and Dr. Luke, once one of its star pop producers. Luke reportedly continues to profit from his own companies’ stake in the publishing rights to Kesha’s material.

There are, apparently, no such ethical or legal quandaries to consider on Twitter.

Update (January 29): Overnight, Sony Music apparently deleted its controversial tweet about Kesha’s Grammys performance. The tweet originally included the words “No words. All love. #GRAMMYs” and a gif of the moment when Kesha, Cabello, Rexha, and other singers embraced.

No words. All love. #GRAMMYs pic.twitter.com/IHrzI1CrTG