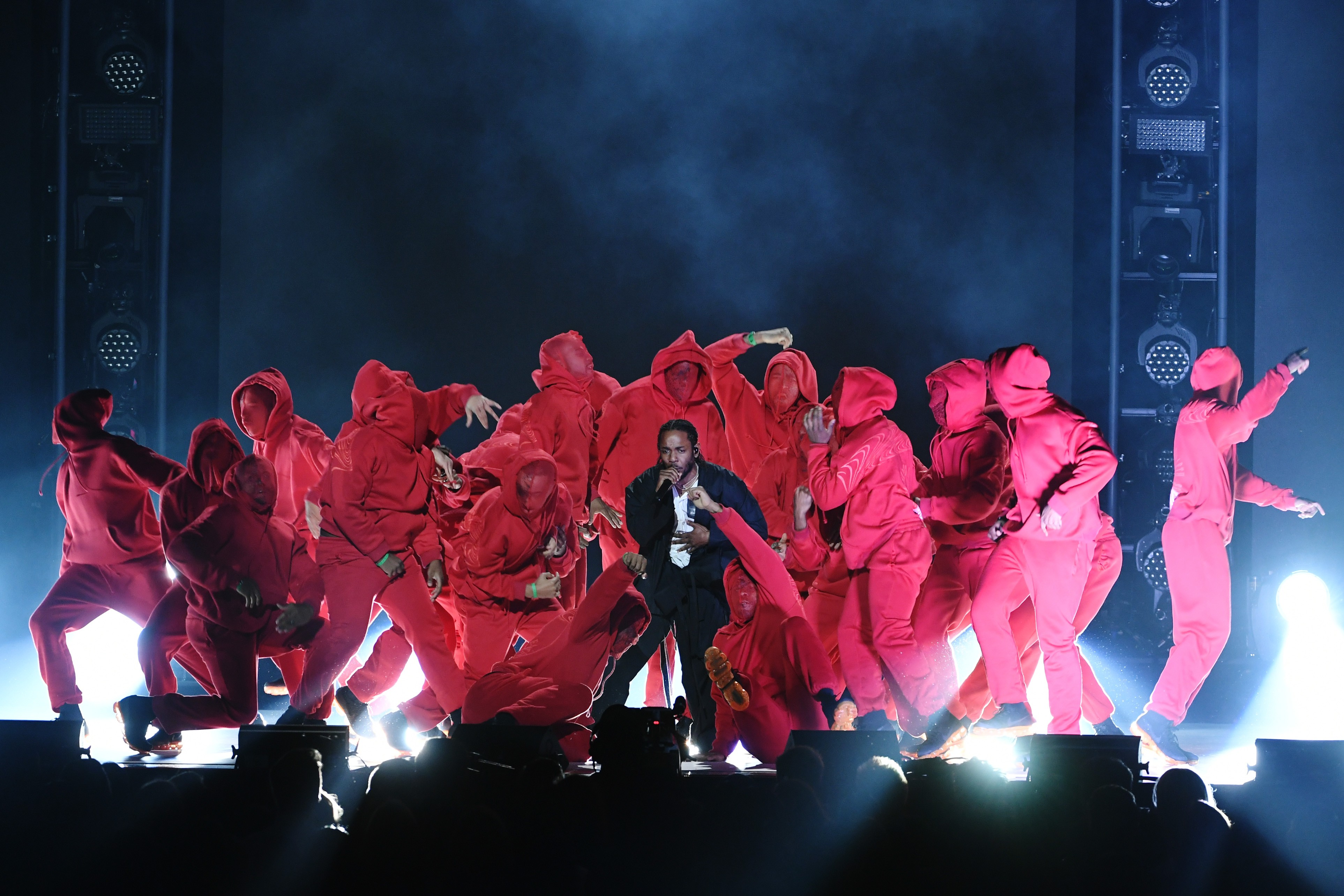 An appearance from Dave Chappelle broke up Kendrick’s performance. “I just wanna remind the audience that the only thing more frightening than watching a black man be honest in America… is being an honest black man in America,” Chappelle stated. “Sorry for the interruption.” Kendrick then dove into a performance of “King’s Dead,” then closed his opening medley with a previously unreleased track featuring a troupe of hoodied dancers. Watch a clip of the performance below.