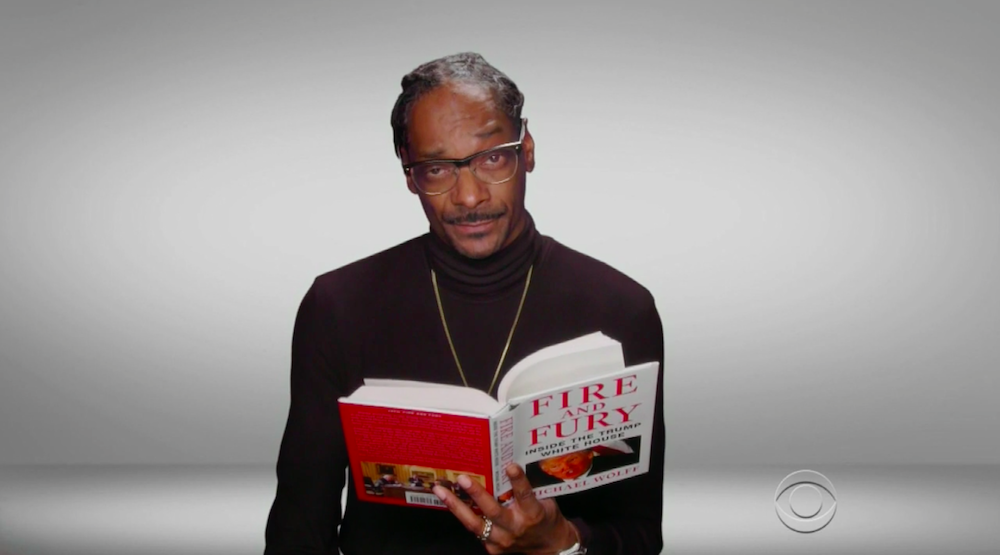 Tonight’s Grammy Awards featured a sketch about the Best Spoken Word Album award, which is generally one of the awards that is not televised. (This year’s winner was the late Carrie Fisher, for the audiobook version of her 2016 book The Princess Diarist.) Host James Corden pointed out that several past awards have gone to former presidents like Barack Obama, Bill Clinton, and Jimmy Carter for their memoirs, and joked that next year’s winner could very well be Fire and Fury, journalist Michael Wolff’s account from inside the Donald Trump White House, which dominated the news cycle for weeks and provided us with such enduring images as the president eating cheeseburgers in bed before going to sleep and staffers referring to his daughter Ivanka as his “real wife.”

The sketch featured several musicians and other celebrities giving “auditions” to narrate the audiobook, including Cardi B, DJ Khaled, and John Legend, with the kicker being an appearance from Hillary Clinton. Watch it below.