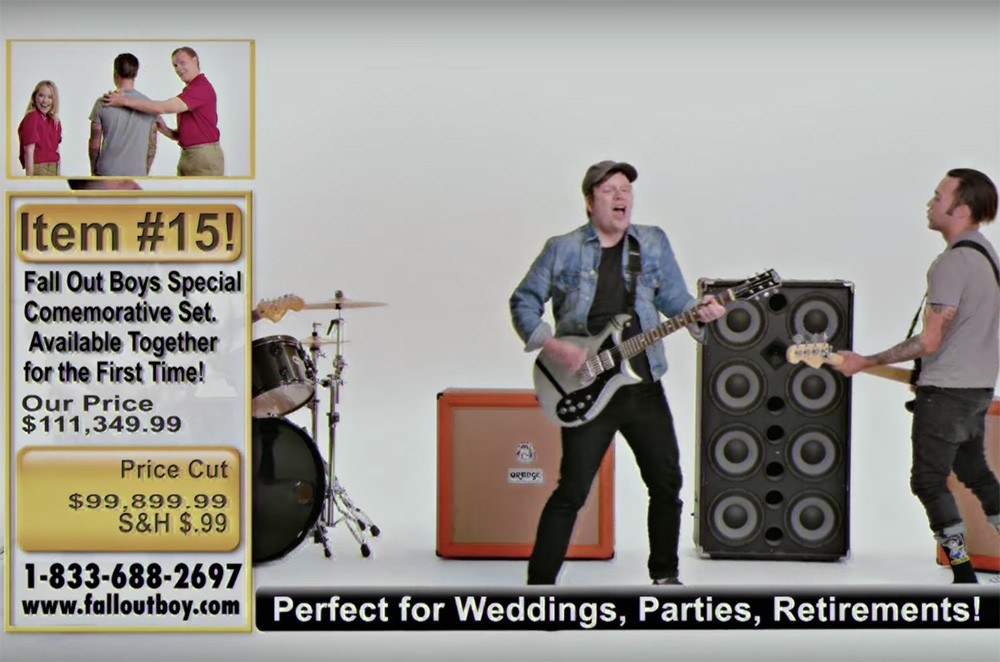 Fall Out Boy have released a new song and accompanying video for “Wilson (Expensive Mistakes),” off of their forthcoming seventh studio album M A N I A, out January 19. The band has performed the song live during their M A N I A Tour, but had yet to release an official recording. The song plays right into their lyrical wheelhouse with melodramatic refrains like, “I’ll stop wearing black when they make a darker color.”

The music video is a tongue-in-cheek play on QVC-style shopping channels, in which the four members of the band sell off fictitious and real memorabilia (including Patrick Stump’s jacket from the “Dance, Dance” music video). The video also includes some deep-cut references, like “Champagne for My Real Friends, Real Shrimp for My Shrimp Friends,” as well as some obligatory middle school humor (prosthetic “hand jobs” for sale) and some honestly awesome dancing llamas. Watch the mayhem below.