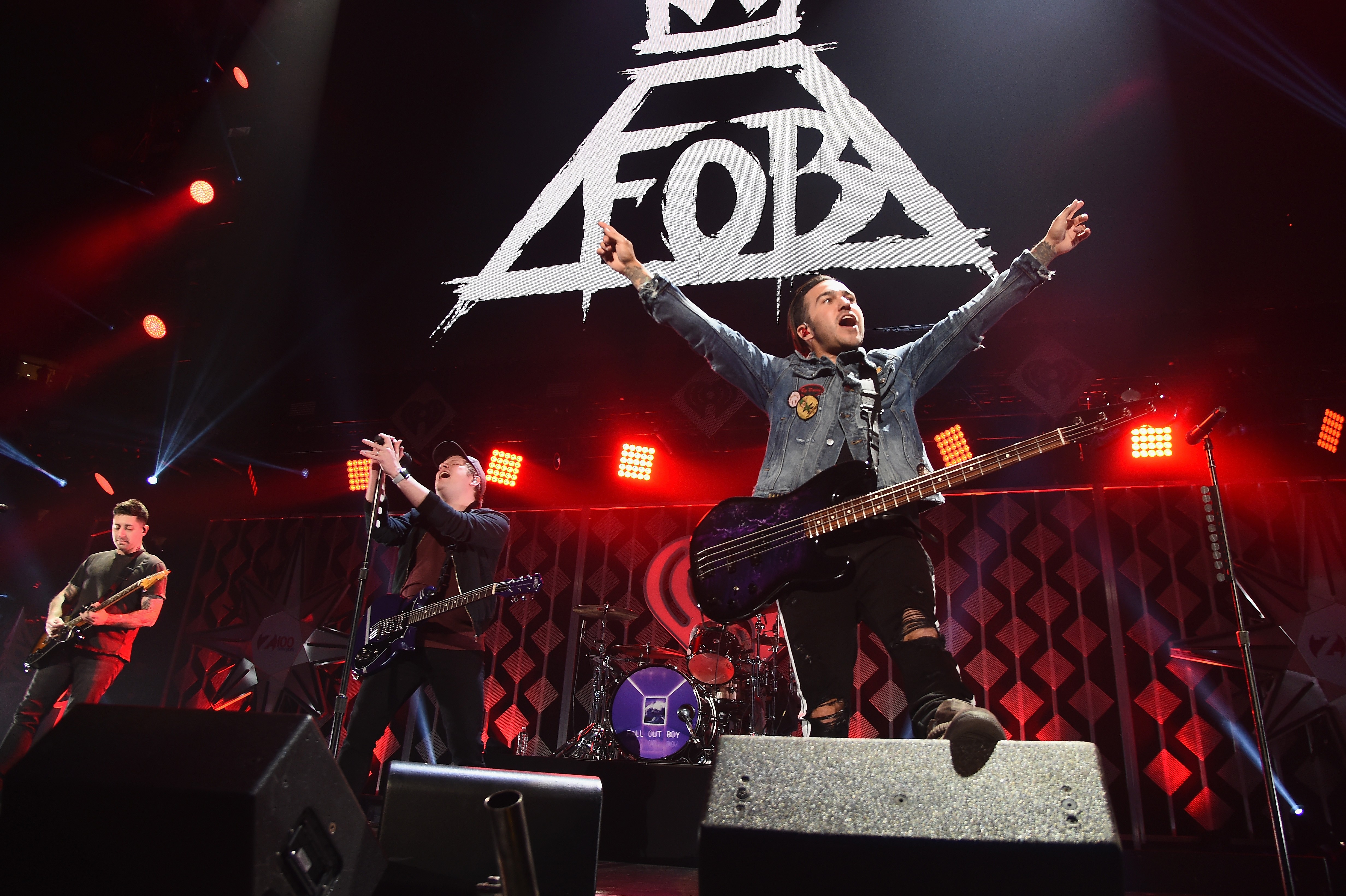 Fall Out Boy are rock lifers, a band that dug themselves out of the grave for an unexpected second act of widespread popularity, turning a story that could have been a punchline into one that is instead a triumph. Though the band has attracted a new wave of teenage fans, they’ve still retained their hardcore followers, inspiring longlasting devotion because they’ve taken extraordinary efforts to remain accessible to those fans that were with them from day one. Fall Out Boy have also been able to endure because they acknowledge that the central thesis of the band—a disdain of the world surpassed only by an intense longing for connection—doesn’t dissipate with age. Even at nearly 40 years old, Pete Wentz, as he explains on the band’s new single “Wilson (Expensive Mistakes),” just wants to wear black and whine about running away.

On their latest offering from their long-gestating forthcoming album M A N I A, the band strips away the pop culture references that have always been their bedrock, as well as the vocal modulation that has unfortunately been omnipresent on their recent releases. Instead, much to the delight of LiveJournalists everywhere, Patrick Stump’s voice is essentially left untouched, save for some necessary overdubbing. Stump’s vocals have always been a huge asset to the band: soulful and warm, but also able to convey the whininess of pop-punk. On “Wilson,” his voice is sweeping and vast, crescendoing to a triumphant falsetto before plunging to a menacing baritone; it immediately elevates an ordinary punk-lite power chord progression into a venerable emo orchestra. Meanwhile, Pete Wentz’s penchant for lyrical melodrama profits from Stump’s slick syncopation; his confident delivery make the song’s refrain (“I’ll stop wearing black when they make a darker color”) seem sophisticated instead of sophomoric.

And with Fall Out Boy, the song itself is just the tip of the iceberg. As with many verbose track titles that have come before it, “Wilson” is a cryptic message practically begged to be dissected. Before the song’s official release, fans who saw it performed on tour speculated that the name was a reference to Tom Hanks’s imaginary volleyball friend “Wilson” in the film Castaway; the music video essentially confirms this with a cameo of a Wilson facsimile. Aside from the title, the “Wilson” video is essentially an easter egg hunt for band references: Stump’s jacket from the “Dance, Dance” videos, the bewildering llamas from earlier M A N I A music videos, and even a cheeky, blink-and-you’ll-miss-it reference to a deep cut from 2005’s From Under the Cork Tree. These little in-jokes are the band’s form of subliminal messaging, a secret reward for the diehard fan. Being a Fall Out Boy fan sometimes feels like being a conspiracy nut frantically stringing connections together on a corkboard. But on “Wilson,” Fall Out Boy is right there next to you, a participant in a shared mania.