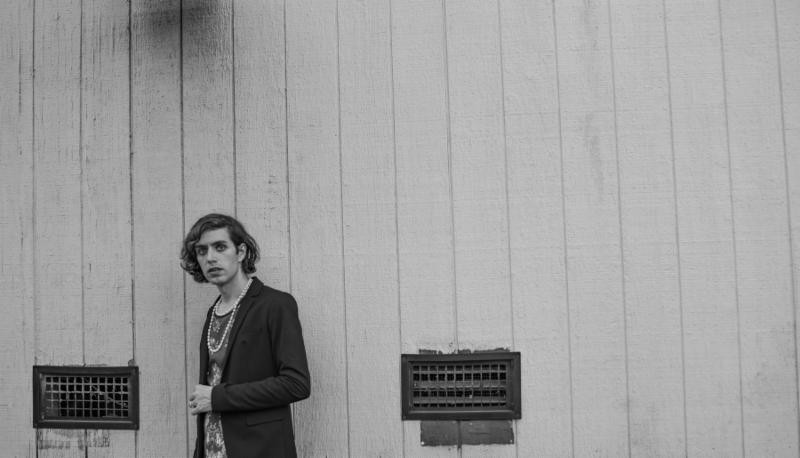 CREDIT: Jason Simmons/Courtesy of the artist

Ezra Furman’s new album Transangelic Exodus is out next month, and one of its best songs, opener “Suck the Blood From My Wound,” was released today. It begins with a sound clip seemingly lifted from an old horror movie, and the story from there plays into an album narrative about persecuted angels, as Furman has explained:

“The narrative thread is I’m in love with an angel, and a government is after us, and we have to leave home because angels are illegal, as is harbouring angels. The term ‘transangelic’ refers to the fact people become angels because they grow wings. They have an operation, and they’re transformed. And it causes panic because some people think it’s contagious, or it should just be outlawed.”

The concept serves as a loose metaphor for queer liberation, and on “Wound,” it’s a literal story of underdog pain and defiance. Furman’s narrator is injured and his angel has just broken out of the hospital as the pair set off, still bleeding, on a desperate escape. The distorted low end sounds like it’s throbbing from the speakers of their getaway car, and the snarled hook echoes: “Angel, don’t fight it—to them, you know we’ll always be freaks.” Half the pleasure is in Furman’s songwriting, conversational yet packed with visceral detail and novel rhymes (“Pasadena / deus ex machina”).

As the song fades in spasms of static, another distant strain of movie music enters, and Furman can be heard screaming a line from Romeo and Juliet: “A plague on both your houses!” Perhaps it’s a tragedy, and the lovers didn’t make it out fast enough. Or perhaps they simply sped beyond range of the signal, and they’ve finally broken free.

Transangelic Exodus arrives February 9 from Bella Union. Listen to “Suck the Blood From My Wound” below.