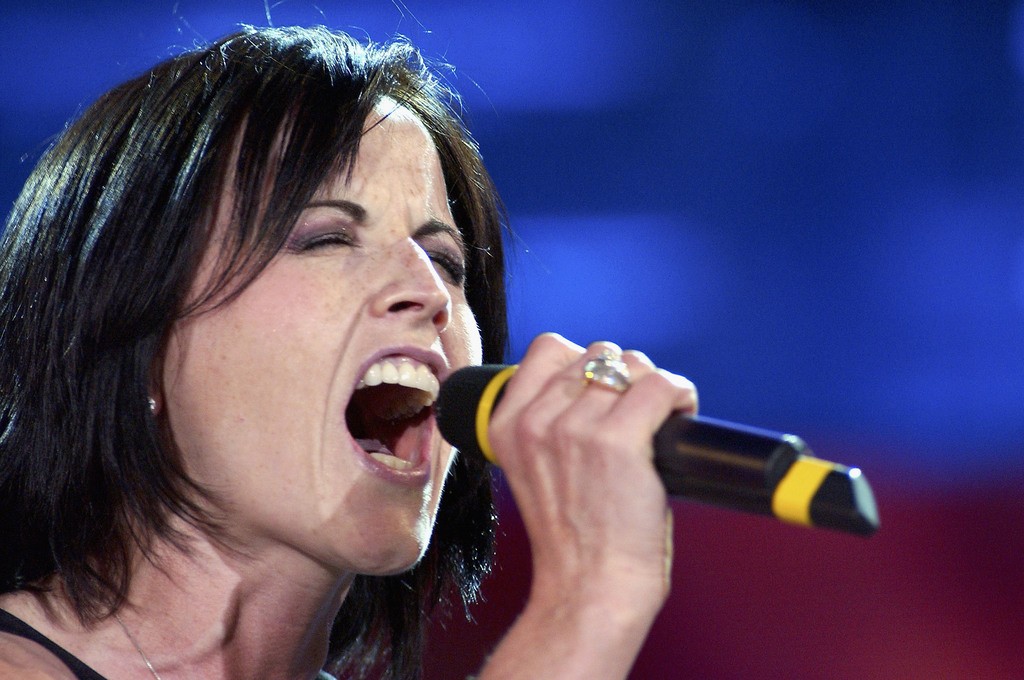 Dolores O’Riordan, lead singer of the Cranberries, passed away earlier today in London at the age of 46. Her death came as a surprise, as the singer was actively performing with the band D.A.R.K., and was in London for a “short recording session,” per her publicist.

Following the announcement of her death, Irish President Michael D. Higgins wrote a tribute to O’Riordan, who was born in Limerick, Ireland:

It is with great sadness that I have learned of the death of Dolores O’Riordan, musician, singer and songwriter. Dolores O’Riordan and The Cranberries had an immense influence on rock and pop music in Ireland and internationally. I recall with fondness the late Limerick TD Jim Kemmy’s introduction of her and The Cranberries to me, and the pride he and so many others took in their successes. To all those who follow and support Irish music, Irish musicians and the performing arts her death will be a big loss.

In addition, celebrities, including Liz Phair, James Corden, and Questlove took to social media to express their admiration for the late Irish singer:

We are crushed to hear the news about the passing of Dolores O’Riordan. Our thoughts go out to her family at this terrible time. https://t.co/6p20QD2Ii5 pic.twitter.com/vXscj0VGHS

I’m really shocked that #DoloresORiordan has passed so suddenly
- I was talking to her a couple weeks before Christmas she seemed happy and well – we even spoke about maybe writing some songs together – unbelievable god bless her pic.twitter.com/Pk2QyAaaBw

I once met Delores O’Riordan when I was 15. She was kind and lovely, I got her autograph on my train ticket and it made my day. She had the most amazing voice and presence. So sorry to hear that she’s passed away today x

Devastated for fans and her family- Dolores O’Riorden had such an exquisite voice, so distinctive and defining of an era. She would have continued to be a rare musical treasure late into a long life #gonetoosoon https://t.co/2QH2cPgRf6

My first time hearing Dolores O'Riordan's voice was unforgettable. It threw into question what a voice could sound like in that context of Rock. I'd never heard somebody use their instrument in that way. Shocked and saddened to hear of her passing, thoughts are with her family.

I'm sad to hear of the passing of Dolores O'Riordan RIP.