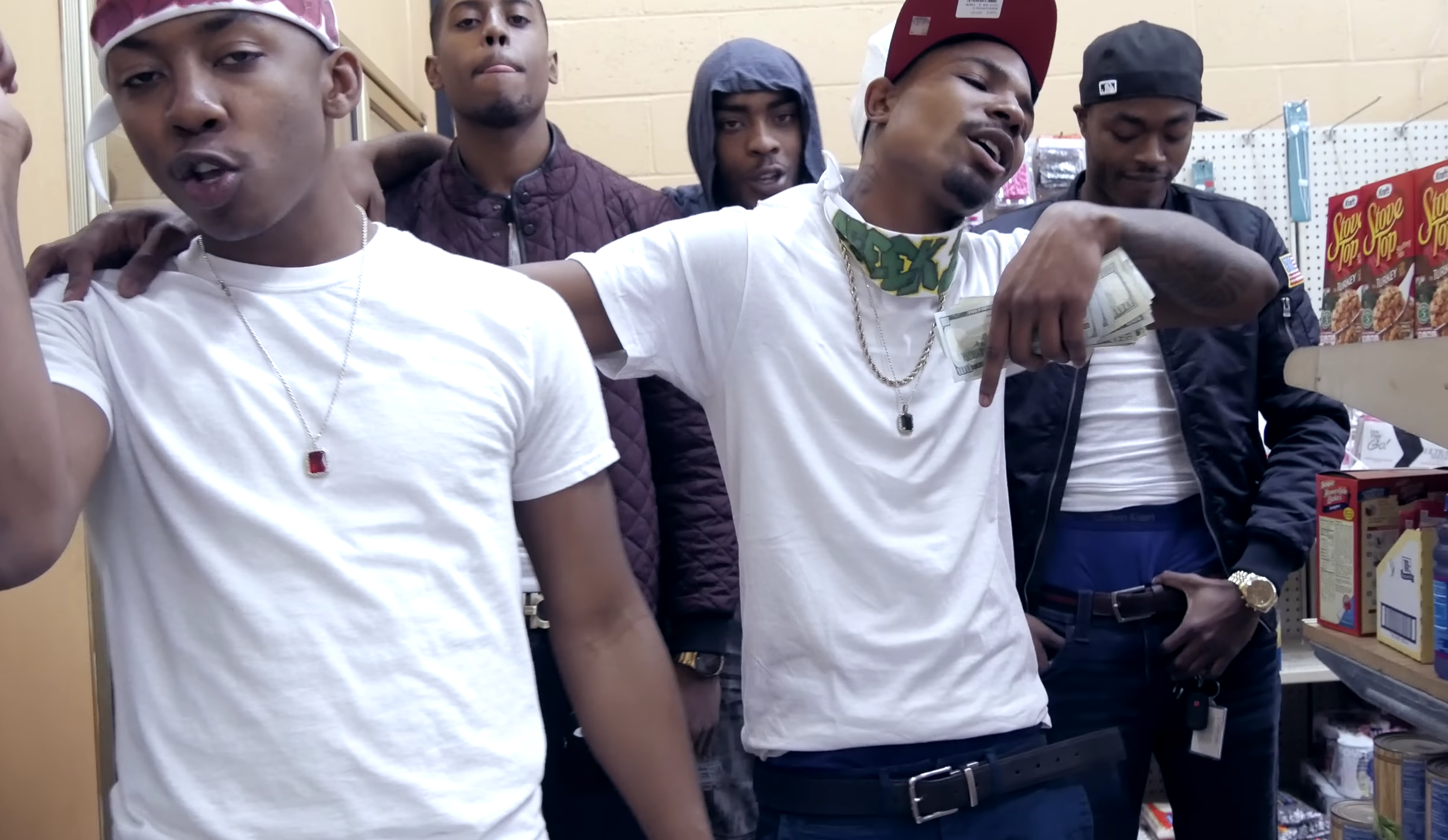 Creek Boyz, the Baltimore quartet behind last year’s sneaky hit “With My Team,” are the logical extension of the melodic interplay that Migos, Rae Sremmurd, and others have used to stretch the pop limitations of conventional trap. Friends with chemistry harmonizing over hi-hats about grinding can’t help but stick in your head; it’s science. It was only a matter of time before a crew dodged the rapper label altogether and branded itself a “trap choir,” as Crew Boyz member ETS Breeze described the group in an interview today with Noisey, in which the Boyz shared two new songs, “Trap Digits” and “Loco.”

“Trap Digits” is a particularly catchy execution of the formula. Over a flute sample, 808s, and bass, the group (ETS Breeze, J Reezy, Turk P Diddy, and Young Fedi Mula) fills in the blanks. Falsetto “ooohs” and autotuned “na na nas” underline the verses, and the four singers unite to punctuate lines like they’re caroling: “Niggas see me shining now they mad / Cause my pockets always filled with cash.” The chorus is an earworm about going to get that bag that captures a sense of group celebration, making the aspirational lyrics feel like foregone conclusions. It’s difficult not to sing along.

The obvious precedent from older generations is Nappy Roots, the Kentucky quartet whose 2002 debut Watermelon, Chicken & Gritz made scrappy ensemble hooks its calling card, but Crew Boyz also invoke the vocal teamwork of more modern crooning teams like Sicko Mobb and Chance the Rapper’s stacked roster for “Blessings (Reprise).” It’s a template they seem fit to master. Crew Boyz’ debut mixtape 1:11 releases on March 2. You can listen to the singles below.