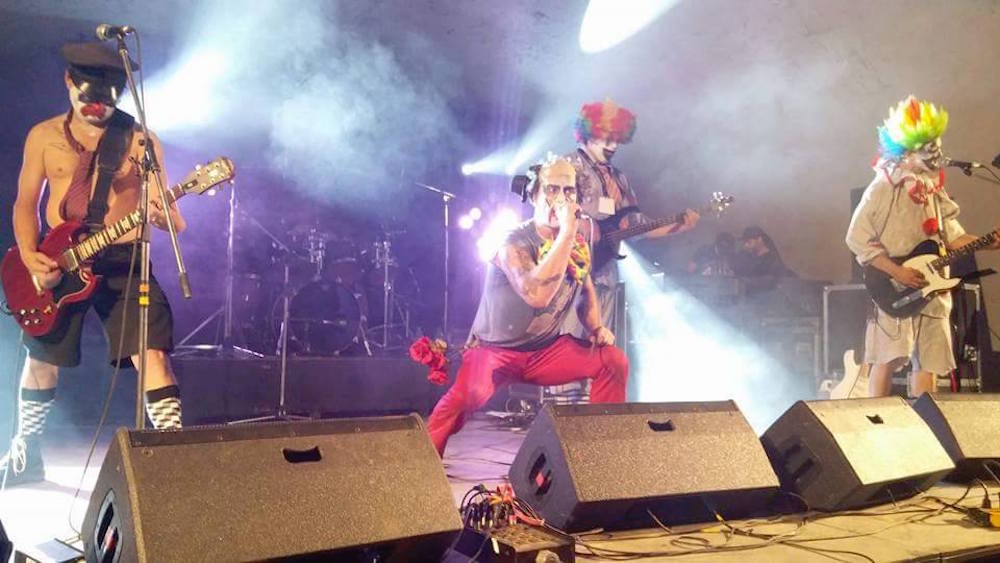 I’m not a drug smuggler, but if I were, I think I’d probably try to keep a pretty low profile. You could pretend you’re a humble businessman, or a guy visiting family, something like that, I don’t know. Or, you could use your day job as frontman of a clown-themed Iron Maiden cover band to sneak $7 million worth of white powder into Japan inside of your guitar case. Such was the case of Daniel Whitmore, perhaps marginally better known as Powerclown singer “Dicksee Diànno,” who was busted for allegedly doing just that last month.

According to Canada’s Global News, Whitmore was arrested at Narita International Airport on December 11. Japan has infamously strict drug laws, and according to Global News, convictions in recent similar cases in the country have carried prison sentences of up to 10 years. The report does not specify what sort of drugs he was allegedly carrying, only that they were stimulants. You can watch the video below, think about what substances might drive someone to think this was a good idea, and decide for yourself.

Powerclown’s official statement on the matter, penned by Whitmore’s bandmate “Sketchy Klown,” has a blend of earnestness and camp that’s somehow almost as surreal as the story of the arrest itself. “Clownery and parlour tricks, whether by him or us ain’t gonna do no good,” it reads in part. “Even with his voice, the voice of a songbird, and his velvet-painting-smooth charm, he wont be able to talk his way out of these hijinks, even if he did speak Japanese.” For an extra dose of weirdness, read the Facebook comments.