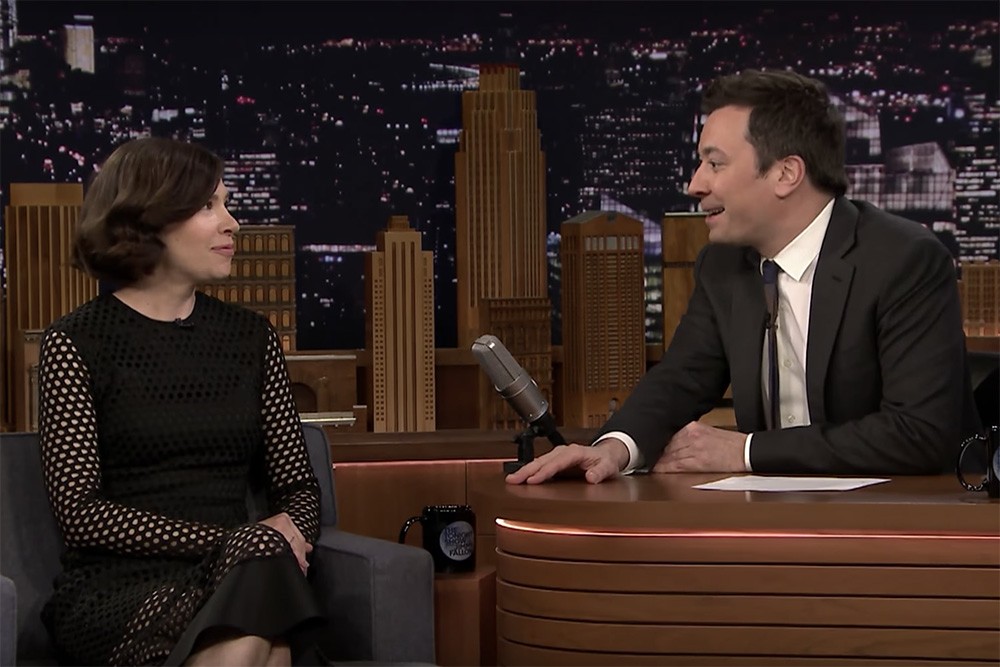 Carrie Brownstein stopped by The Tonight Show with Jimmy Fallon last night to discuss the final season of her IFC sketch comedy show Portlandia. Though there was frustratingly little discussion of her excellent band Sleater-Kinney, which is recording new music, there was ample speculation on who they believe the winner of The Bachelor will be (spoiler alert, Bekah M fans – Carrie doesn’t see it). She also discusses “grieving” the end of Portlandia, which will begin its eighth and final season tomorrow, January 18. In a discussion about the upcoming season, Fallon name drops a few “legends of music” who guest star in a sketch about a punk band reunion, including Krist Novoselic, Henry Rollins, and Fugazi’s Brendan Canty. The interview finishes with a sketch mocking the recent trend of true-crime podcasts. Watch Carrie Brownstein’s Tonight Show clips below.