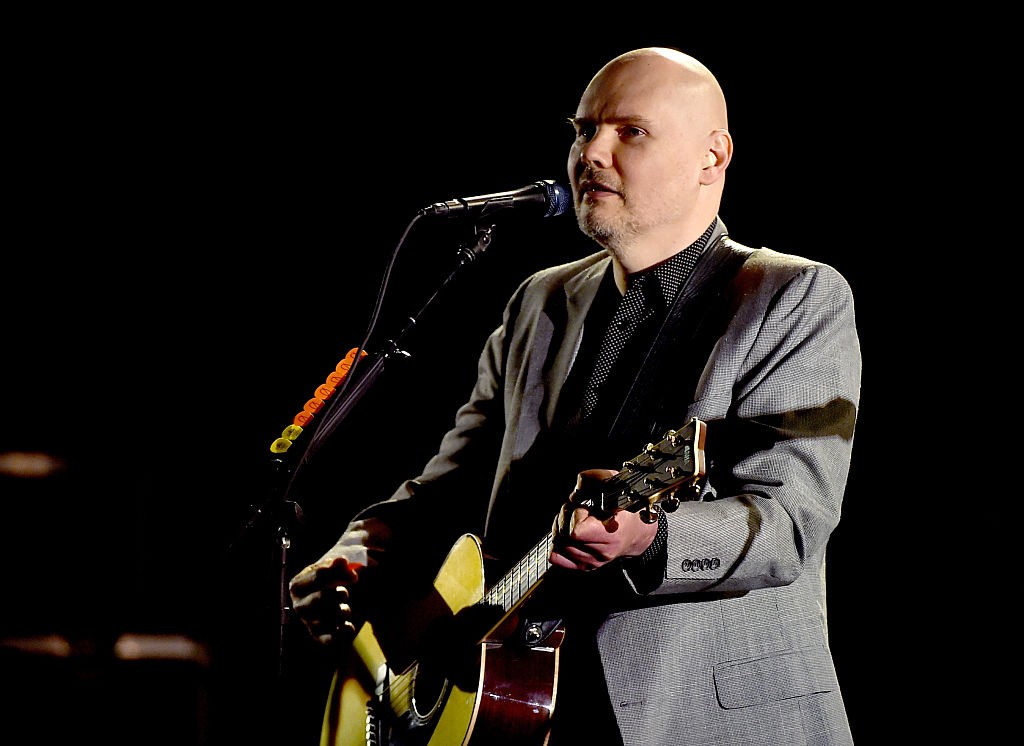 Nickelback apologist Billy Corgan has posted a photo on Instagram of himself hanging in a Los Angeles recording studio with two founding Smashing Pumpkins members, guitarist James Iha and drummer Jimmy Chamberlin. In a caption, Corgan seemed ambiguous whether the three musicians are officially reuniting, as rumored for nearly two years.

“Not sure what cross-eyed spy took this photo, but we had a visitor to the studio the other day,” Corgan wrote. “So many memories when you put the three of us together.”

@smashingpumpkins: Not sure what cross-eyed spy took this photo, but we had a visitor to the studio the other day. So many memories when you put the three of us together. @jamesihaofficial @chamberdrums #WPC

Corgan, Chamberlin, and Iha performed together in 2016 for the first time in 16 years. Their last studio work, together with founding bassist D’arcy Wretzky, was Machina II/The Friends & Enemies of Modern Music in 2000. Chamberlin also contributed to the band’s 2007 album Zeitgeist.

Chamberlin told WGN Radio last summer that the original band hoped to reunite for a tour in 2018. “We were talking about playing next year with the band and somebody asked me, you know, ‘What’s it like trying to coordinate that?'” Chamberlin said. “I said it’s like ‘Grumpy Old Men 3,’ only there’s four grumpy old men and one’s a woman.’ So… that’s how it’s gotten to be.”

Corgan released the silent film Pillbox in November and his second solo album Ogilala in October. Iha played guitar on the latter, his first record with Corgan since the breakup. Read Spin’s October 2017 interview with Corgan here.