Ann Curry on Matt Lauer Sexual Misconduct Allegations: “I Am Not Surprised” 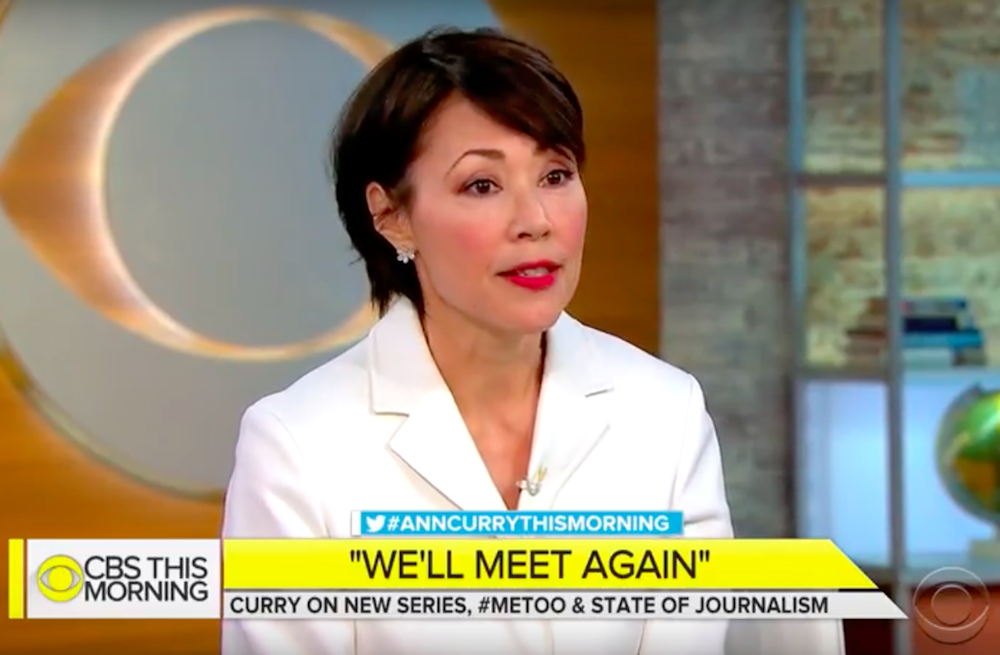 Former Today host Ann Curry told CBS This Morning Wednesday that the sexual misconduct allegations against Matt Lauer didn’t come as a shock to her, and she seemed to question how anyone working at the show could not have been aware of the “climate of verbal harassment” that existed there.

“I can tell you that I am not surprised by the allegations,” Curry said. “I would be surprised if many women did not understand that there was a climate of verbal harassment that existed. I think it would be surprising if someone said they didn’t see that.”

Pressed on the issue by co-host Norah O’Donnell, Curry confirmed that “verbal sexual harassment” was “pervasive” at NBC during her time there.

“I don’t want to cause more pain, but, you’re asking me a very direct question,” Curry said. “I’m an honest person. I want to tell you that it was. Yes. Period.”

Curry was forced out at Today in 2012 after serving just a year as co-anchor. Many believe her ouster was orchestrated in part by Lauer, and a 2013 New York Times exposé reported she had told a friend her final months at the program were a form of “professional torture”:

One staff person recalled that “a lot of time in the control room was spent making fun of Ann’s outfit choices or just generally messing with her.” On one memorable spring morning, Curry wore a bright yellow dress that spawned snarky comparisons to Big Bird. The staff person said that others in the control room, which included 14 men and 3 women, according to my head count one morning, Photoshopped a picture of Big Bird next to Curry and asked co-workers to vote on “Who wore it best?”

Curry’s comments on Wednesday are in stark contrast to those made by former Today host Katie Couric, who worked with Lauer on Today from 1994 until her departure in 2006. She recently told People that she had “no idea this was going on during my tenure or after I left,” and “I think I speak for many of my former colleagues when I say this was not the Matt we knew.”

Katie Couric Opens Up About Matt Lauer Allegations: “This Was Not the Matt We Knew”

NBC Not Planning to Pay Out Matt Lauer’s Salary

Skrillex and Katie Couric Made a Song About Maple Syrup