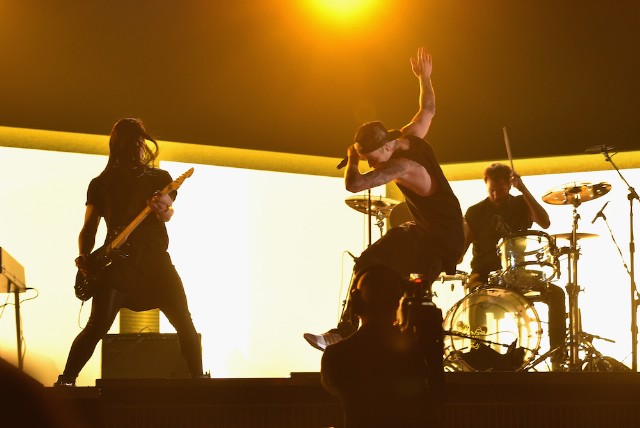 Portland musician Casey Dienel, who performs under the pseudonym “White Hinterland,” has dropped her lawsuit against Justin Bieber, Skrillex, BloodPop, and the other writers behind his 2015 single “Sorry.”

Dienel filed the lawsuit in May 2016, claiming that Biebs ripped the “female vocal riff” that made “Sorry” such an earworm from her 2014 single “Ring The Bell.” In addition, the suit alleged, the track was structurally similar to her song due to its use of “keyboard synthesizers, samples, synth bass, drums, and percussion.” Dienel took legal action after Bieber’s team allegedly refused to acknowledge her claim of infringement and declined her offer to have a “private dialogue.” The suit demanded monetary damages and asked that Bieber stop performing the song.

In response to the lawsuit, Skrillex and Bieber took to Twitter to defend themselves, sharing behind-the-scenes videos of the song’s production in an effort to prove it was their original melody. “SORRY but we didn’t steal this,” Skrillex wrote in a Tweet.

Now, however, it appears that the two camps have come to some kind of agreement: TMZ reports that Dienel has filed papers to dismiss the lawsuit. Maybe the Biebs decided it wasn’t too late to say “Sorry.”