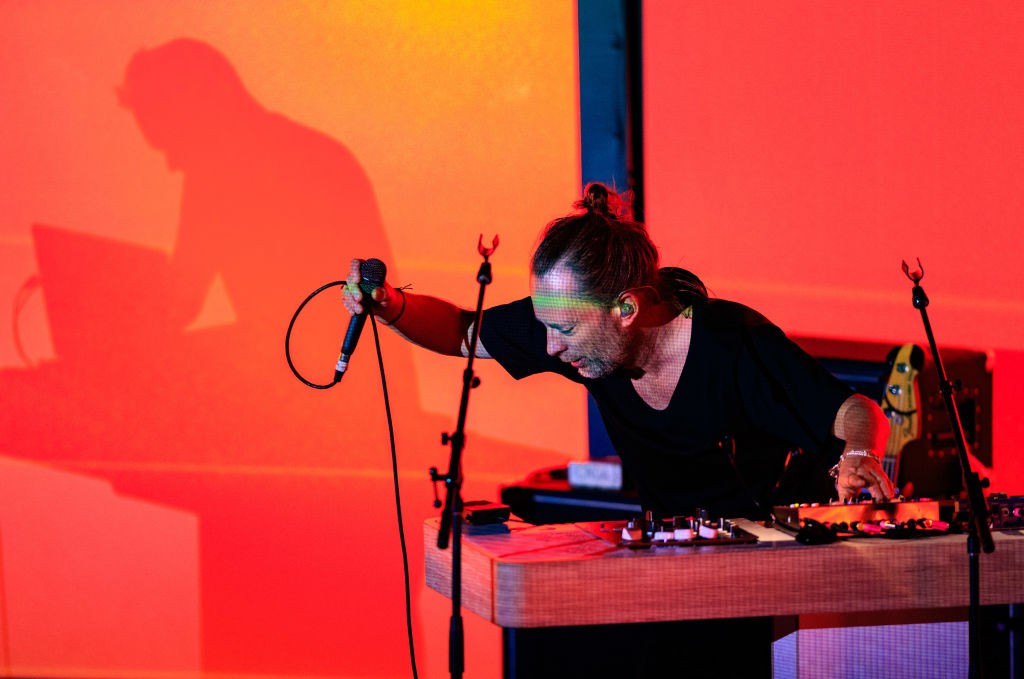 Thom Yorke is taking a rest from Radiohead obligations to perform a few solo shows with his trusted collaborator and Atoms for Peace bandmate Nigel Godrich. The stint has roughly coincided with Yorke’s full solo catalogue going live on Spotify for the first time. At the the Fonda Theatre in Hollywood last night, he announced that he was trying out a new song that night called “I Am A Very Rude Person.” Some video of the typically spare, skittery-electronics-based track is available below, along with, as Stereogum points out, the first live performance of “Two Feet Off the Ground,” which is one of the several songs Yorke has written for Rag & Bone fashion shows over the past few years. Yorke also ran through the previously performed but still unreleased solo tracks “Traffic,” “Not the News,” and “Impossible Knots.” Watch footage below.