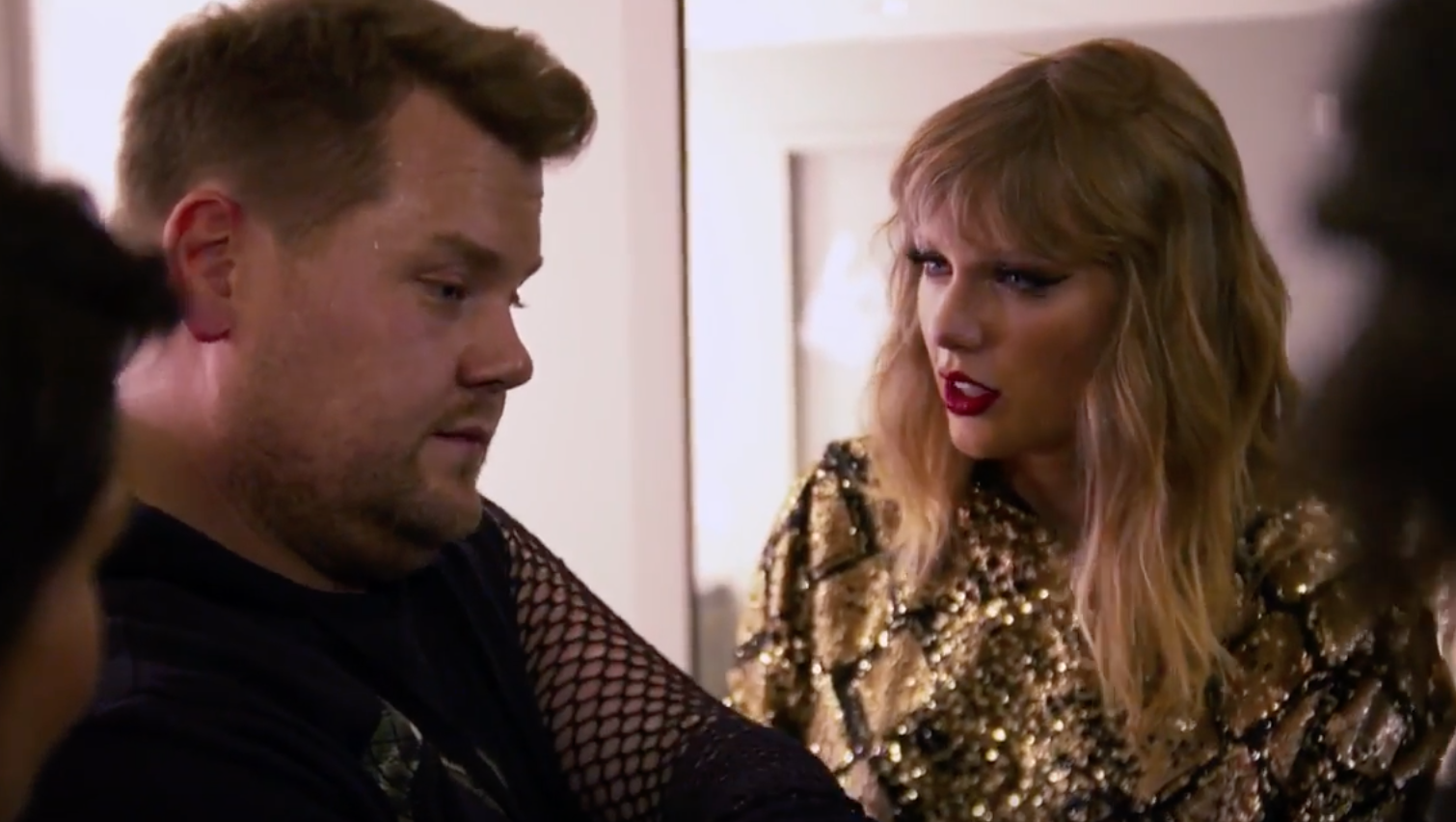 In a taped segment on The Late Late Show with James Corden, the oppressively jovial late-night star pretended to take over the position of General Manager of Los Angeles venue The Forum. Corden’s visit coincided with preparations for the iHeartRadio Jingle Ball concert, which occurred there earlier this month. First, he barged into the dressing rooms of Ed Sheeran, Sam Smith, Demi Lovato, Niall Horan, and Liam Payne. Then, in the climactic section of the sketch, he decided to step in as a replacement backup dancer for Taylor Swift, while clad in a half-mesh top exposing his midriff. Swift eyed this with disdain, and ultimately, after rehearsals and a pre-stage ritual, the singer and her crew ditch him while Corden’s in the bathroom. It’s a kind of depressing little segment; you can watch it below if you want.