Four major wildfires continue to wreak havoc in Southern California, burning over 110,000 acres, destroying over 300 buildings, shutting down hundreds of schools in at least 15 school districts, and prompting evacuation orders for over 200,000 residents. With the largest blaze, the Thomas fire in Ventura County, only 5 percent contained, the state National Guard has joined the response effort, dispatching planes to drop retardant in the Ojai area. In total, CNN reports, nearly 5,000 firefighters are working to protect neighborhoods and contain the fires.

The smallest of these blazes, the Skirball fire, is creeping through the Bel-Air canyon, home to some of the county’s most elite neighborhoods. (It’s also home to 19 households that used at least 24 families’ worth of water per year during the California drought, including the state’s biggest residential water customer, the so-called “Wet Prince of Bel-Air.”) This is where Los Angeles County firefighters spotted flames on a 13-acre vineyard owned by climate change-denying media mogul Rupert Murdoch. Three helicopters quickly dropped water on the property on Wednesday, and the winery and home appear to be safe, Murdoch said in a statement.

More than 350 firefighters, 52 engines and six fixed-wing aircraft are working to contain Skirball, according to the Los Angeles Times. That’s around 20 percent of the total number of fire engines operated by the Los Angeles county and city fire departments, though it’s unclear what percentage it is of all resources being diverted to the fire, including from outside sources. Skirball currently stretches around 475 acres, less than one percent of the total area aflame. Particular department attention appears to be being paid to one 36-home gated community known as Moraga Drive, according to the Times:

On Moraga Drive, a gated community of about 36 homes, one fire truck guarded every three houses, [Don] Batiste [an LAFD engineer] said. Neighbors said public figures and celebrities such as Jerry West and Magic Johnson have or still lived on the street. 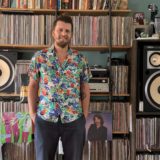 On the Couch With Los Angeles’ Treasure Hunter