Roy Moore Has No Idea How to Ride a Horse

GOP candidate Roy Moore rode up to his local polling place on Tuesday morning on his horse, Sassy, and cast his vote for the open Alabama Senate seat. According to AL.com, the Moore campaign sent out a heads-up to local media a few days ahead of the election letting press know to look for the candidate and his wife Kayla riding up to the Gallant Fire Department polling location on their horses around 10 am. He actually showed up around 11:30 am.

“I think it’s a good thing to do, I won the last time I rode a horse,” the former judge  told CNN during the run off election. He said that the folksy tradition brings “good favor.”

After footage of the accused child molester riding Sassy made its way online, people, namely Twitter critics, started wondering if Moore should be allowed to ride horses since he doesn’t appear to know what he’s doing. To be fair, we at Spin don’t know jack about riding horses, but maybe you don’t need to be an equestrian competitor to recognize when an animal looks like it wants to throw its rider.

Roy Moore rides away on his horse after voting in the Alabama Senate election. 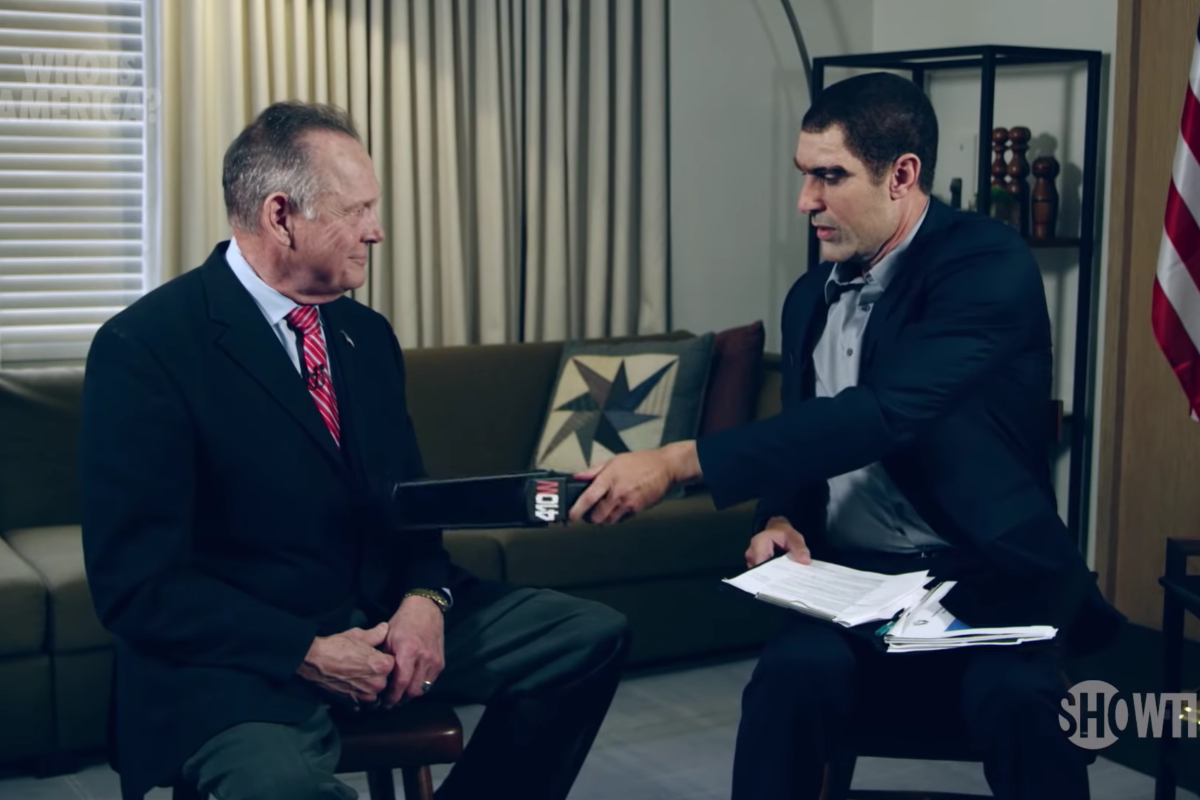 Thankfully Deadspin writer Hannah Keyser is well-versed in horse matters, as she calls on “decades of riding experience” to assess Moore’s technique in the above clip. Keyser adds the caveat that her expertise is in the English riding style, as opposed to Western, but it’s still abundantly clear to her that Moore has no control over the animal.

In the simplest terms: Pressure on the reins communicates to a horse that she should slow down or stop while pressure from the rider’s legs communicates that the horse should go or speed up. So while Moore is trying to ride away from the polling place, he’s also jerking his horse in the mouth, giving the animal conflicting signals and acting like a real asshole.

Moore’s own history seems to support Keyser’s assessment. In 2011, AL.com reported that Moore, a then GOP presidential candidate, broke “several ribs” after being thrown from his horse while riding on his farm in Etowah County.

Granted, being bad at horse riding is way far down the list of credible misgivings the general public might have with the Republican candidate.