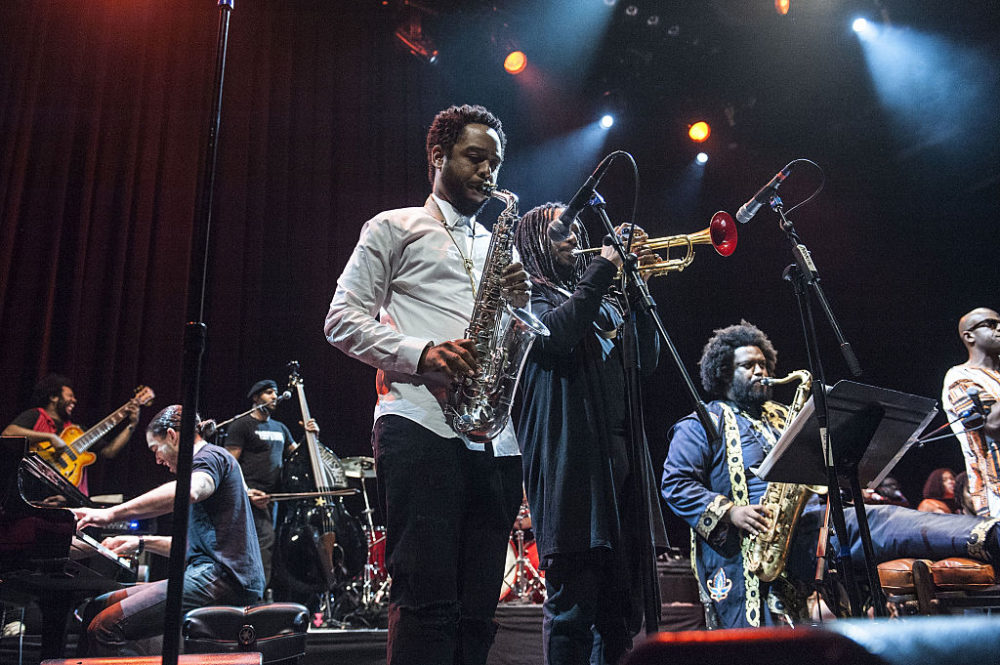 Terrace Martin, the Los Angeles multi-instrumentalist behind some of Kendrick Lamar and YG’s biggest hits, had a busy year. In addition to Sounds of Crenshaw Vol. 1, the jazz album Martin released as The Pollyseeds with frequent collaborators Kamasi Washington and Problem, he helped write Lamar and Rihanna’s “LOYALTY.,” led the production process for YG’s next album, and toured with Herbie Hancock, whose next project he’s also producing. To cap the year, Martin has teamed with more contemporary jazz mainstays to form a new group called R+R=Now.

Legendary pianist Robert Glasper announced the project, which will feature Martin, New Orleans trumpeter Christian Scott aTunde Adjuah (who dropped one of Spin’s favorite overlooked albums of the year), beatmaker Taylor McFerrin, bassist Derrick Hodge, and drummer Justin Tyson. “Everybody’s sound is so different, but we all come from the same concrete garden,” Glasper told Billboard. “Its a very honest, fluid sound that rings of hip-hop, EDM, jazz, at times, hell, reggae … a bunch of cats that respect each other so much that we always pass the ball.”

It’s unclear when the group will start releasing music, so in the meantime, cue up “Funny How Time Flies,” Martin and Glasper’s collaboration from Sounds of Crenshaw Vol. 1.