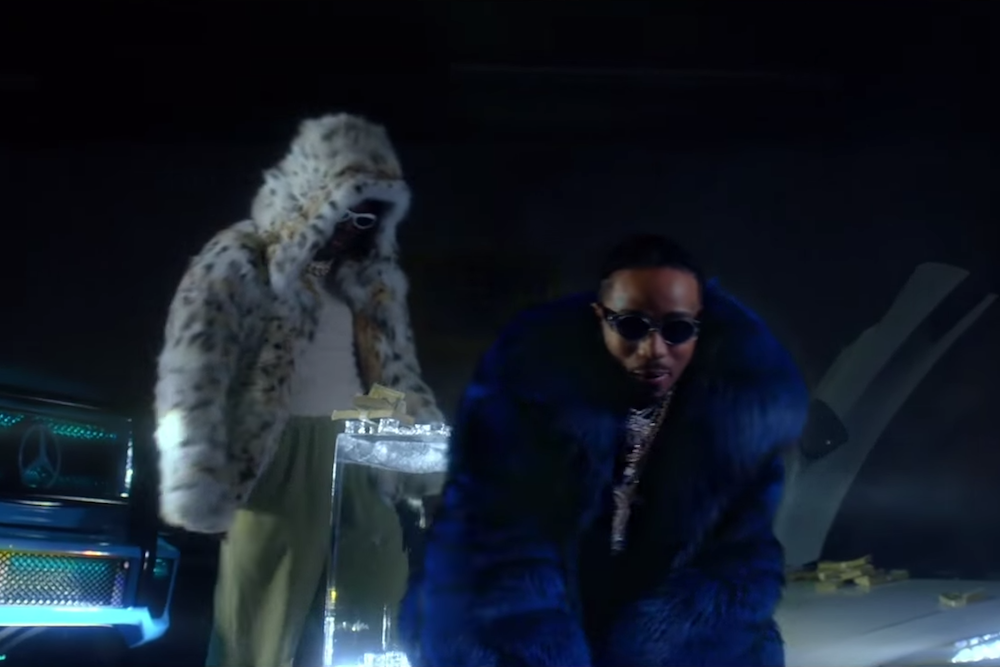 Last week, Migos teased that their next video would feature a parody of Everyday Struggle, where they nearly came to blows with Joe Budden. That video, for “Ice Tray” mainly featuring Lil Yachty and Quavo, is now out in full. The clip features fake Budden going on one of his for-the-culture disses before the Quality Control signees deliver bars about how icy their jewelry is. In fact, they’re too icy for fake Budden, who’s seen shivering at the video’s end. Watch the flick below. “Ice Tray” appears on Quality Control: Control the Streets Volume 1, which dropped earlier this month.