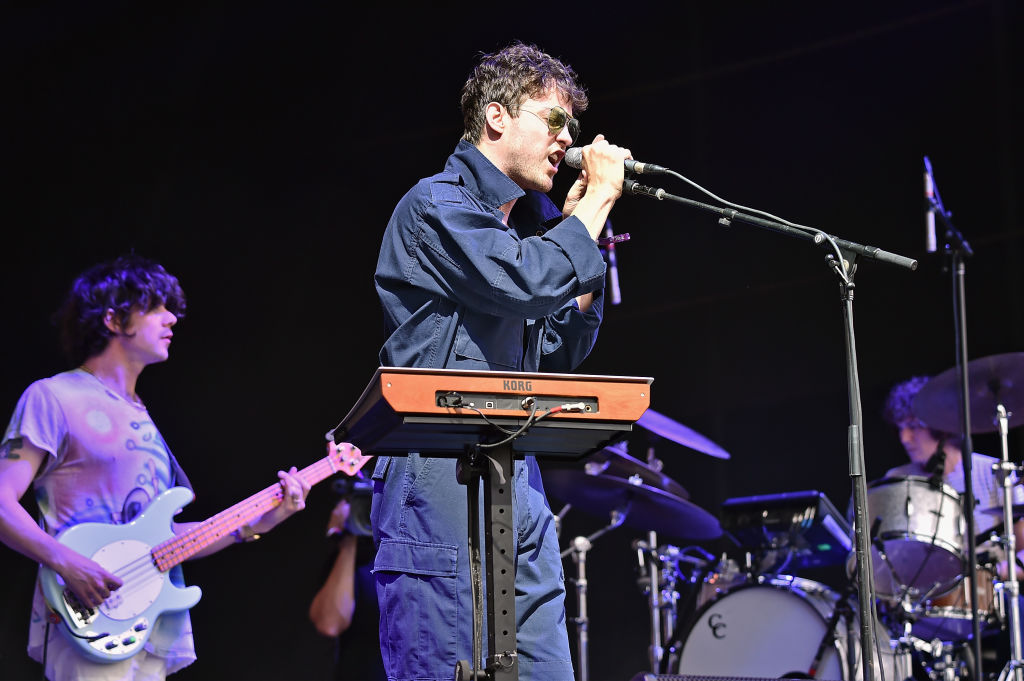 MGMT have been hard at work on a new album called Little Dark Age, their first since 2013’s self-titled. We’ve already heard two songs from it, the goth-poppy title track and the psych-poppy “When You Die,” and now, thanks to a new profile of the band in Q Magazine, we know a little more. Patrick Wimberly of Chairlift, who co-produced the album alongside Dave Fridmann, encouraged Andrew VanWyngarden and Ben Goldwasser to bring in outside collaborators, which led them to work with fellow psychedelic travelers like Connan Mockasin and Ariel Pink, who wrote part of “When You Die.”

And while the music video for that song looks a whole lot like an acid trip, it was another song, “James,” that was inspired by a real-life acid trip. After taking “what we were calling a microdose of acid,” which turned out to be more of a macro-dose, with Wimberly, VanWyngarden explains, “I spent hours screaming at the top of my lungs about Pakistan.” Somehow, when Goldwasser sent over a keyboard loop, their trip turned into a productive songwriting session, and they finished the whole song right then and there.

Elsewhere in the article, VanWyngarden discusses his and Goldwasser’s shared love of European synthpop and explains that despite the title, Little Dark Age is actually a lighter album. “When we were doing the last album, we kept talking about wanting to make pop songs, but it just wasn’t happening, like we had to get this other stuff out,” he says. “Maybe doing it allowed us to get where we got to with the new one, which is more relaxed. We’re both really happy that that’s what came out this time.”