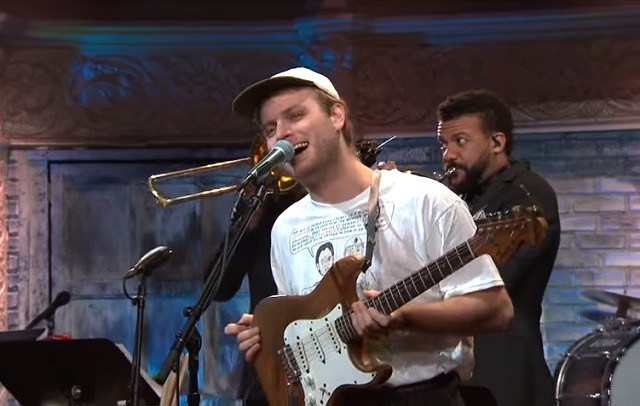 Mac DeMarco was the musical guest on Tuesday night’s episode of The Late Show, where he joined house band Jon Batiste and Stay Human for a performance of “One Another.” Last night’s rendition deviates pleasantly from the studio recording found on 2017’s This Old Dog thanks to Stay Human’s horn section and an extended guitar solo from DeMarco to close out the song.