Home » Culture » LA Weekly Email: Ex-Writers Have “Chosen to Spread False Information Based on Their Own Assumptions”

Last Wednesday, Mara Shalhoup, former editor of the longtime Los Angeles alt-weekly LA Weekly, tweeted that almost all of the paper’s editorial staffers had been laid off amid its sale to Semanal Media, a company reportedly created specifically for the purchase of LA Weekly. The new ownership was revealed to be comprised mostly of Republican donors, Koch-friendly libertarians, and a guy who ran an anti-union think tank, which sparked outrage among the paper’s former staffers, who justly felt as if the historically lefty publication was being hijacked by a group of people who wanted to maintain the paper’s cache but turn it into an arm of anti-progressive politics. Some of those staffers have been organizing a boycott of the new ownership group, which has so far been successful in getting advertisers and sponsors of an upcoming LA Weekly event to end their associations with the paper.

After nine of the 13 editorial staffers were let go, the new ownership group slowly and haphazardly began the process of trying to move forward as a publication. They sent out a since-deleted tweet asking “passionate Angelenos [sic] to share stories about their life and culture in L.A.,” and further told the Los Angeles Times that they were unpaid contributors.

On Wednesday afternoon, an email was sent out to a list of the paper’s freelancers addressing all of this: the new owners, their mission, and the concept of unpaid contributors. The email, which was signed by remaining editors Hillel Aron and Lisa Horowitz (as well as “the rest of the L.A. Weekly team”) admits “some missteps” by the new owners, admits that they are seeking work from “those who wish to write for free,” and mocks the notion that people might be unsettled by a shadowy cabal of rich conservatives and libertarians buying up a storied alt-weekly and firing everyone. You can read the email in full below: 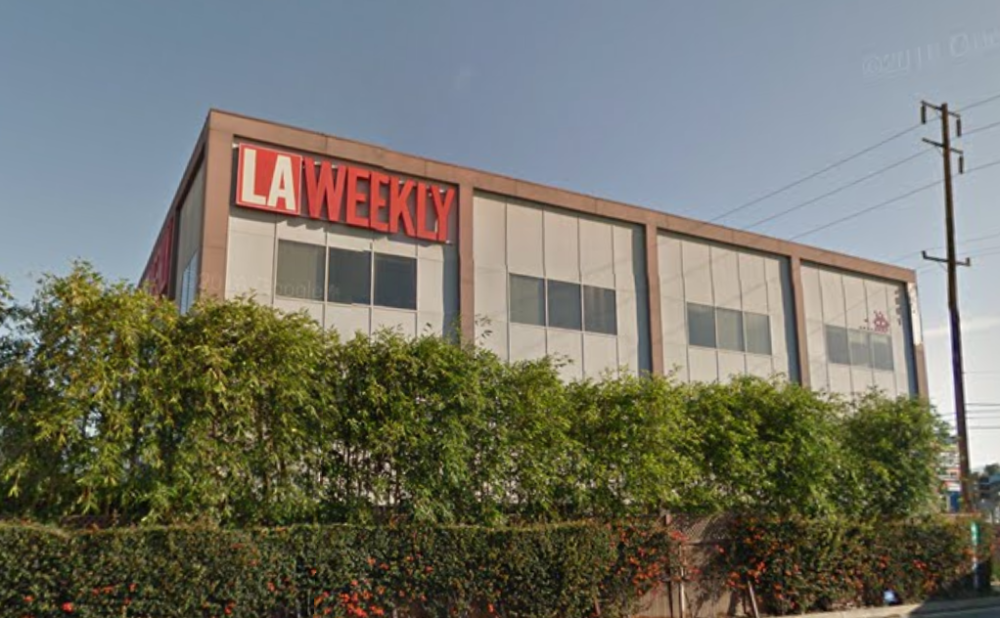 You’re receiving this email because you have freelanced for L.A. Weekly in the past. We want you to know we’re still here and still eager for your pitches.

The new owners have made some missteps, and they’re working to correct that. First and foremost, be assured that writers who have been paid contributors will continue to be PAID contributors.

(Free content is being sought from those who wish to write for free. That’s an entirely different group of people.)

We’re aware of the backlash in the media surrounding the sale of the L.A. Weekly, and of the many rumors flying around. To clarify a few things:

Some of the investors in Semanal Media, the new ownership group, are indeed contributors to Republican candidates, Democrats, libertarians and even — gasp! — real estate developers. But their purchase of the Weekly was not motivated by any political agenda, and no shift in editorial direction is planned.

The Weekly plans to cover the city with a hard-hitting, irreverent and fearless approach. It’s unfortunate that some former freelancers and staff writers have chosen to spread false information based on their own assumptions rather than facts.

The wall between “church and state,” that is between editorial and sales & marketing, stands firm, and will continue to do so. Everyone at the Weekly believes strongly in that, as we always have.

We’re hoping for everyone’s patience and understanding while we seek to undo some of the perceptions being perpetuated and while we put into place our vision for an enhanced Weekly.

And we hope you’ll help us by contributing your own ideas for coverage that will make L.A. Weekly stronger and better than ever before.

Thanks! — Hillel Aron, Lisa Horowitz and the rest of the L.A. Weekly team

UPDATE: On Wednesday evening, Aron contacted Spin claiming that he did not write the email despite being one of the people to which it was attributed.

“I did not write that email to freelancers,” Aron wrote in a Twitter DM.  “I don’t know why they added my name.”

Horowitz then claimed authorship after Spin reached out for comment.

“I wrote the email and was asked by management to send it from me and Hillel,” she said in an email. When asked why she would attach her coworker’s name to an email he says he didn’t write, she replied, “Why do you care?”

Trevor Smith, Brian Calle’s assistant, said: “The email was written and sent by Lisa Horowitz. I added some minor tweaks to the email, which Lisa reviewed before she sent it out. There was a miscommunication between myself and Lisa, which caused Hillel’s name to be attached. The email was not intended to be sent with Hillel’s name attached without his permission. I would never intentionally attach someone’s name to an email, message or statement that they did not consent to. I’ve already apologized to Hillel for the mix-up.”