Villa told Politico that the first slap occurred after she was nudged toward Lewandowski for a photograph. Villa said that when she confronted Lewandowski about the incident, he laughed and did it again:

“I’m wearing this silver suit and stretchy pants, and after the photo, he smacks my ass really hard,” Villa told POLITICO in an exclusive interview last week. “It was completely demeaning and shocking.”

When she confronted Lewandowski and told him that she could accuse him of sexual harassment, Lewandowski laughed it off. “He said, ‘Go ahead, I work in the private sector,’” Villa recalled last week. “Then he smacks my ass again.” 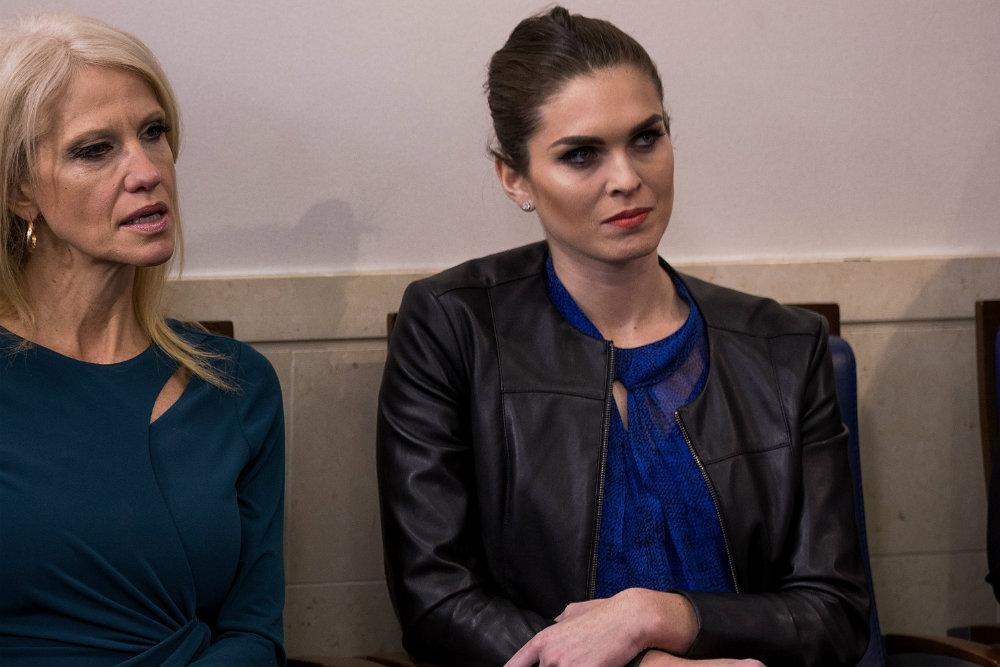 Hope Hicks Was Just as Bad as the Rest of Them

A friend who witnessed the altercation confirmed Villa’s account. The singer also provided police the name of the person who took the photograph. Villa filed the report on Dec. 24.

Lewandowski served as Trump’s campaign manager from January 2015 to June 2016 before in-fighting with Trump family members and campaign chairman Paul Manafort led to his ousting. He has since worked short-lived stints as an unregistered lobbyist and as a pro-Trump commentator for CNN and One America News Network.

Villa’s 2014 studio album I Make the Static charted this year after she wore a dress to the Grammy Awards that featured Trump’s name and the phrase “Make America Great Again.” She recently told Fox News that she plans to run for Congress in Florida.