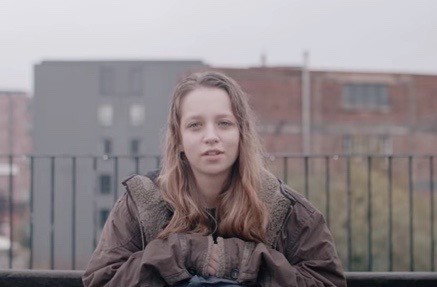 The Smiths co-founder Johnny Marr has released a music video for a spoken word track called “The Priest.” English actor Maxine Peake, who has collaborated with Marr since 2014, narrates the video, which features “Three Girls” BBC actor Molly Windsor as a homeless young woman. We see (and hear) Windsor’s struggles as she navigates the streets of Manchester, trying to find places to eat and sleep, and other day-to-day realities of homelessness.

In a Guardian article about homelessness, Marr said, “You can’t avoid it in Manchester. It touched us both.”

Marr and Peake are presently working on his third solo album, due next spring, about the social and political situation in the UK. Marr released his most recent solo album, Playland, in 2014, and published his memoir, Set The Boy Free, in 2016.

Watch “The Priest” below.