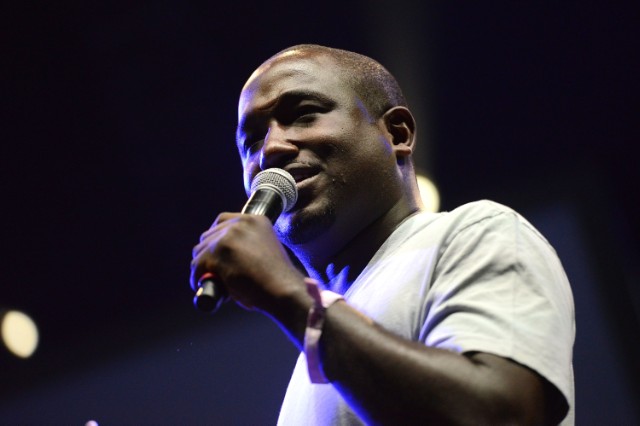 Late last night, actor and comedian Hannibal Buress was arrested in Miami and charged with “disorderly intoxication.” According to police records obtained by The Miami Herald, Buress was booked into a Miami-Dade jail at 1:57 a.m. and posted bail around 6 a.m.

In new cell phone footage of the encounter, Buress can be seen refusing to get into a Miami police car while handcuffed. “Am I under arrest? For what?” he says in the video. “Explain what I’m detained for. What am I detained for?” At first, one officer responds that Buress was trespassing, but later also mentions “disorderly intoxication.” Eventually, an officer forces Buress into the car. Watch video footage of the encounter below.

Update (8:30 p.m. ET): After his release early this morning, Buress has tweeted a .gif of himself with the caption “Hannibal Bustin’ Through,” as well as a link to the music video for the Clipse single “I’m Good” featuring Pharrell.