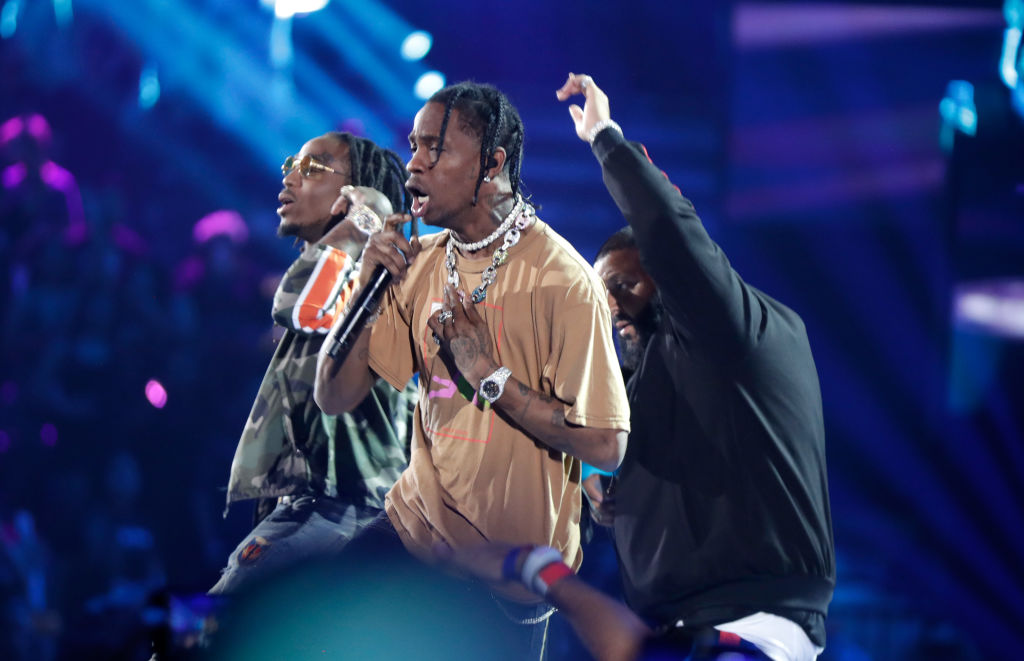 In late November, Quavo and Travis Scott alleged that their long-rumored collaborative album, Huncho Jack, Jack Huncho, was being mixed. Now it seems the two trap music stars’ project may be out very soon. Scott posted the album name in a curious handdrawn font with the possibly-telling caption “Merry Christmas.” The writing may look familiar, if you’ve ever flipped through an old Rolling Stone or read Hunter S. Thompson’s Fear and Loathing in Las Vegas.

Indeed, another post from Scott confirms that Thompson’s collaborator and celebrated Welsh artist Ralph Steadman is behind the cover for Scott and the Migos star’s album. The post shows Steadman, 81, hunched (NPI) over a pad in his studio surrounded by paints and knick-knacks. One of his trademark ink splatters is visible. Scott wrote “My Man Ralph Steadman thank u. I️ Love u man thanks for being part of this ride. Ps. Them studio nights let’s not mention those lol.” If the second statement relates to experiences Scott, Quavo, and Steadman shared at some studio or other, one really can’t help but wonder what kind of trouble they got into.

My Man Ralph Steadman thank u. I️ Love u man thanks for being part of this ride. Ps. Them studio nights let’s not mention those lol