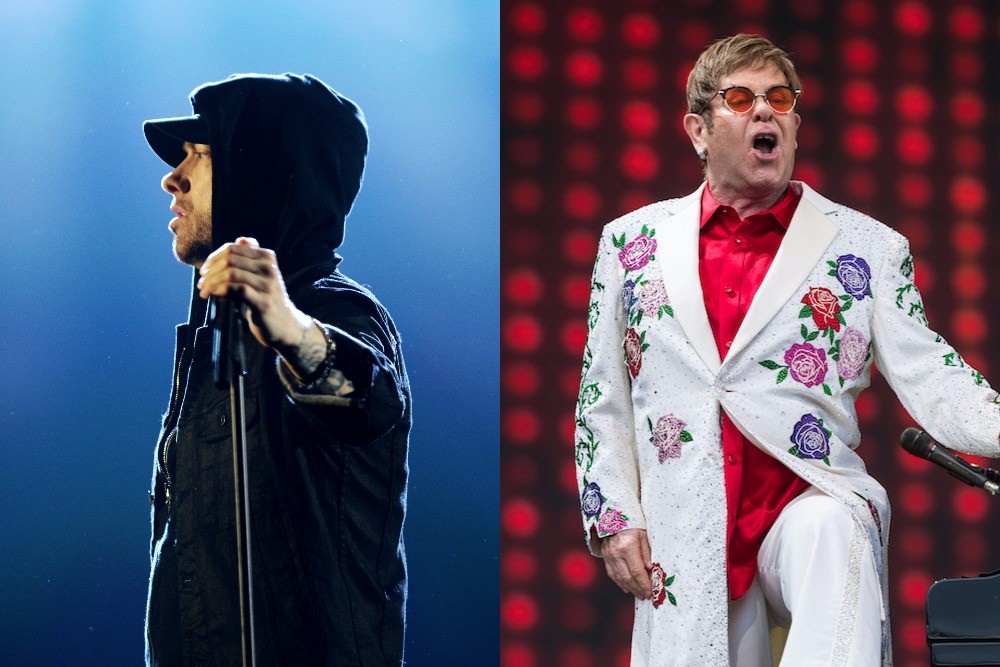 Eminem’s newest comments on Trump come courtesy of his pal and Grammys co-performer Sir Elton John. The two recently spoke over the phone for a new Interview feature, where they touched on their sobriety, the artistic process, and what went into making Eminem’s anti-Trump BET Hip-Hop Awards verse “The Storm.”

Eminem told Elton that he’d originally planned to perform the song a cappella at the ceremony before “plans got switched around” at the last minute. Instead of performing within one of the show’s cipher segments, Eminem delivered his bars from a parking lot in his hometown of Detroit. He also told Elton about one of the inspiration behind “The Storm”:

EMINEM: One of the things we were trying to mimic was Public Enemy’s “You’re Gonna Get Yours” cover. I don’t know if anybody got that, but that’s kind of the feel that we were going for. My main concern was trying to get the message out and also memorize all the words. I have a hard time memorizing stuff. I’m always in the process of writing a new song, so trying to learn a new one takes a minute.

JOHN: The people on set with you, had they heard it before you started filming?

EMINEM: Nah, nobody had heard it.

“You’re Gonna Get Yours” is the lead-off from Public Enemy’s debut Yo! Bum Rush the Show, a rap-nerd gem that came before their magnum opus It Takes a Nation of Millions to Hold Us Back. Eminem also talked with Elton about his specific issues with Trump. “We have a president who does not care about everybody in our country; he is not the president for all of us, he is the president for some of us,” Eminem said.