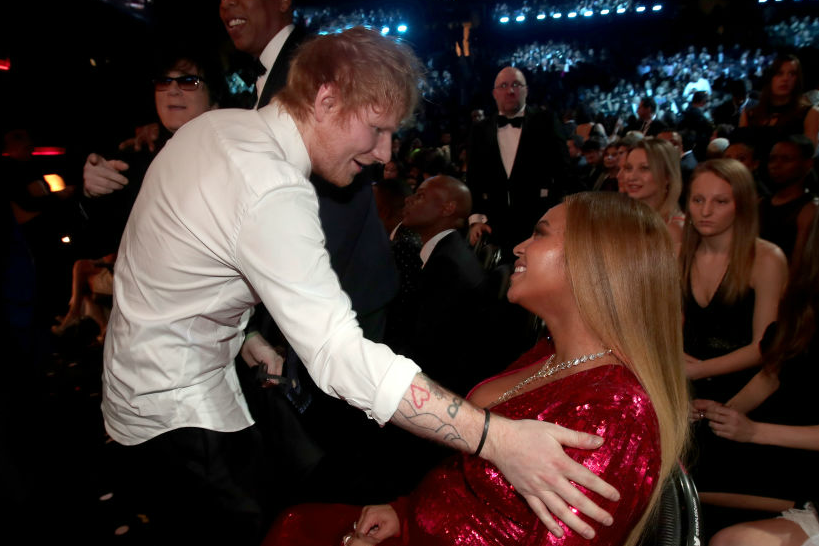 On Friday, Ed Sheeran released “Perfect Duet,” a revamp of a single so treacly that adding Beyoncé only improved it a little bit. Over the weekend, Entertainment Tonight interviewed Sheeran to ask how the collaboration came together. How does one of the world’s most recognizable and best-selling pop stars get ahold of, you know, Beyoncé?

Sheeran claims he sent an email. Presumably that message went to an assistant, because Sheeran also says that, for privacy reasons, the email address one uses to reach Beyoncé changes every single week. Or maybe that’s just what Beyoncé told him: “Ed! I totally meant to get back to you. It’s just that I erase all of my devices every Tuesday at the stroke of midnight. So sorry!”

In the same interview clip, we learn that “Perfect Duet” was finished in September, that Beyoncé recorded her vocals in one take, and that it was she who decided to remove strings and drums from the album track. So this is why we now have a moderately more listenable version of “Perfect.”