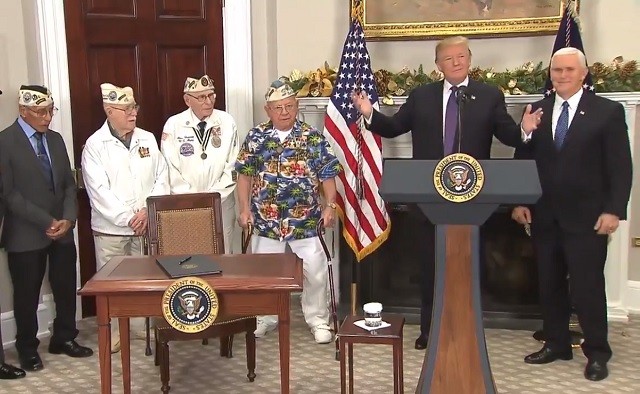 Donald Trump welcomed a few Word War II veterans to the Oval Office on Thursday as part of a ceremony to commemorate the attack on Pearl Harbor. While recounting a story from one of the veterans, Trump referred to the attack, which left 2,335 U.S. military members dead, as a “pretty wild scene.”

Trump to a 93-year-old Pearl Harbor veteran: “That was a pretty wild scene. You’ll never forget that, right? pic.twitter.com/gMRWVDYkmZ

“George Blake stood watch on the Hawaiian shores, ready to repulse a feared invasion,” Trump said on the 76th anniversary of the attack. “George, George. Thank you, George. Good. That was a pretty wild scene. You’ll never forget that, right?”

George confirmed that he has not forgotten.