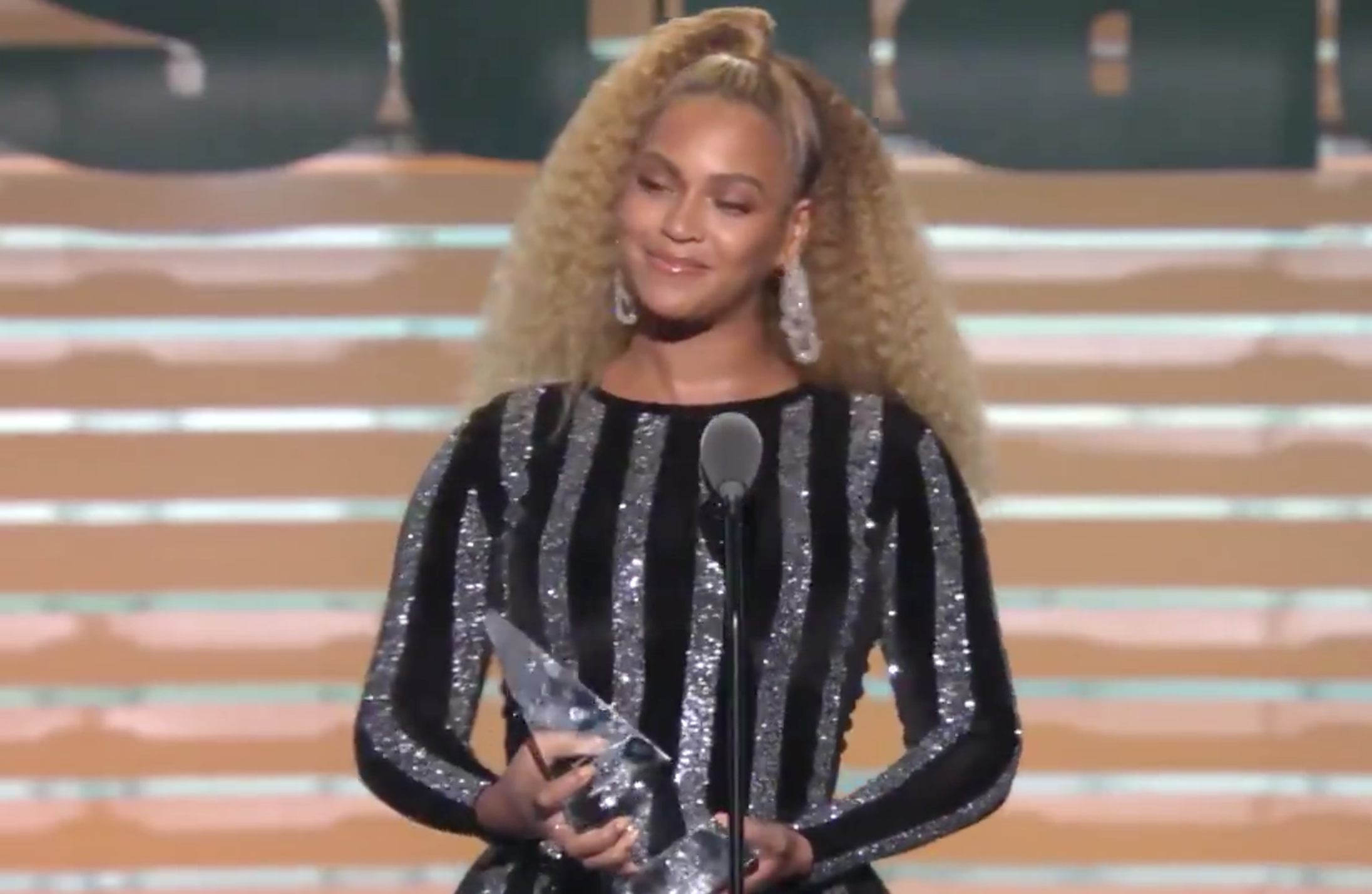 Beyoncé made a surprise appearance at Sports Illustrated’s Sportsperson of the Year Awards to present exiled quarterback Colin Kaepernick the Muhammad Ali Legacy Award. “Colin took action with no fear of consequence or repercussion,” Beyoncé said, “only hope to change the world for the better, to change perception, to change the way we treat each other, especially people of color.”

Dozens of NFL players have followed Kapernick’s example in kneeling during the national anthem to protest racist policing, despite criticism by the White House and Kaepernick’s inability to earn a roster spot after launching the movement. This year, the quarterback has donated nearly one million dollars to social justice organizations combatting police brutality, homelessness, and immigrant oppression.

“I accept this award not for myself, but on behalf of the people, because if it were not for my love of the people, I would not have protested,” Kaepernick said in his acceptance speech. “With or without the NFL’s platform, I will continue to work for the people because my platform is the people.”

Watch a portion of Kaepernick’s speech below.