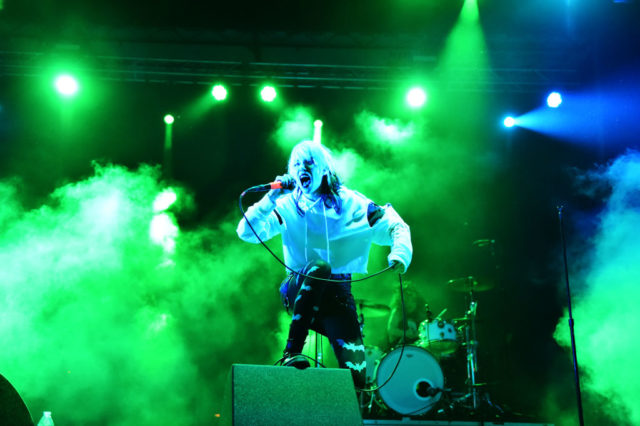 Alice Glass has fired back against former Crystal Castles bandmate Ethan Kath, filing legal documents indicating she’s prepared to testify that Kath raped and abused her during her years in the band, TMZ reports. The filings come in response to a defamation suit by Kath (real name Claudio Palmieri), who has called Glass’s accusations “pure fiction.” Glass was served a court summons in the defamation case last month.

According to TMZ, Glass used her latest filings to repeat the substance of her public allegations, accusing Kath of rape and physical and emotional abuse beginning when she was 15. (Kath is 10 years older.) The documents reportedly go on to say that Glass has made contact with additional women who accuse Kath of wrongdoing, and that she and two others filed criminal complaints against him in November. She says a detective in that case confirmed that Kath was under investigation.

A week ago, the Daily Beast reported that Toronto police are investigating Kath for alleged sex crimes, and spoke with a second, anonymous woman who accused Kath of initiating a sexual relationship when she was 16 years old. It’s not clear whether the Toronto investigation is the same one spurred by Glass and the additional accusers.