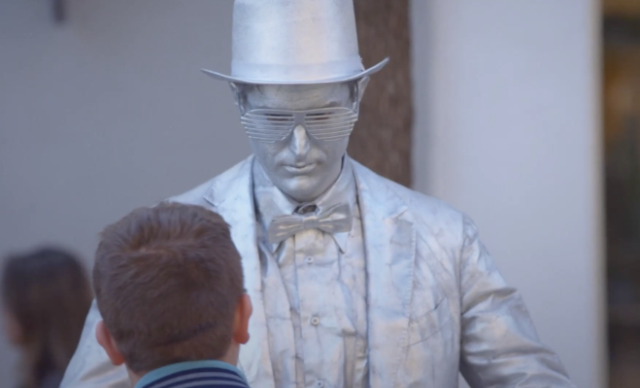 There’s a brief moment in this weekend’s episode of Curb Your Enthusiasm where Larry David, accompanying his date and her son on a trip to a Santa Monica shopping center, encounters one of those living statue street performers. We’re talking like, maybe three seconds of screentime here, but fans on Reddit have, for some reason, become convinced that the living statue guy was played by Trent Reznor.

According to Birth.Movies.Death., the whole theory basically boils down to this: On April Fool’s Day 2009, Reznor released cover art for a fake Nine Inch Nails album supposedly featuring Sheryl Crow, Justin Timberlake, Chris Martin, JAY-Z, and Bono. It was called Strobe Light, and its cover art was a picture of Reznor wearing the exact same shutter shades that the living statue guy was wearing in Curb: 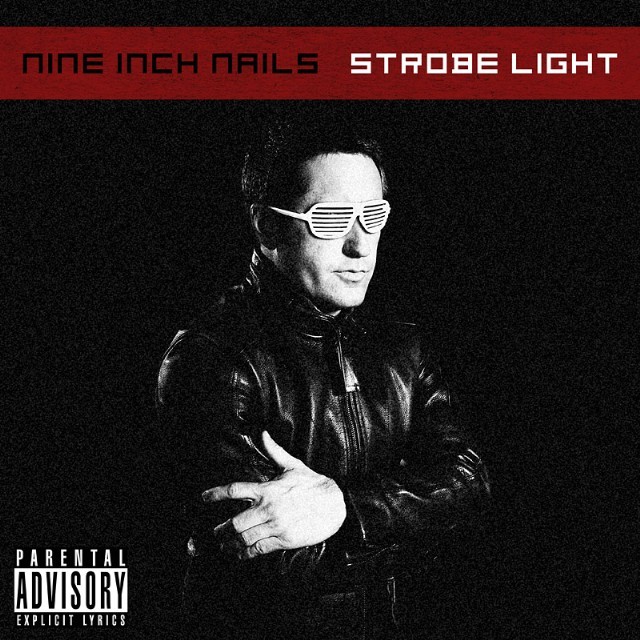 So was Trent Reznor the living statue? I’ll let you draw your own conclusions. Just know that this theory exists.