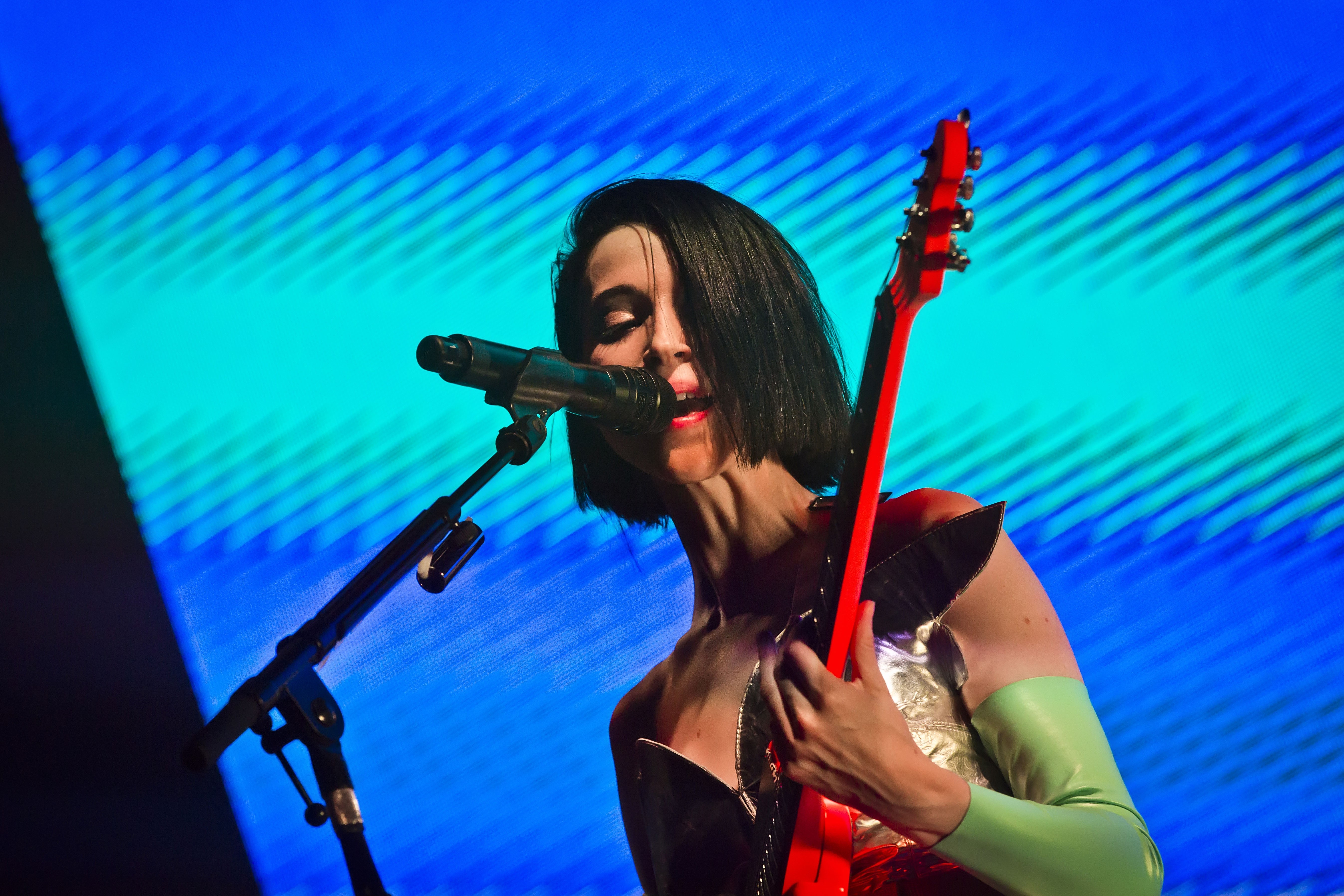 Following the performance, Clark sat down with Graham Norton to talk about her new album and her new custom guitar from Ernie Ball. Joined by the cast of the upcoming film Murder on the Orient Express—Johnny Depp, Judi Dench, Michelle Pfeiffer, Josh Gad, and Kenneth Branagh—Clark explained that it isn’t her butt on the cover of the recent album. Watch below and revisit our review of her recent album MASSEDUCTION.