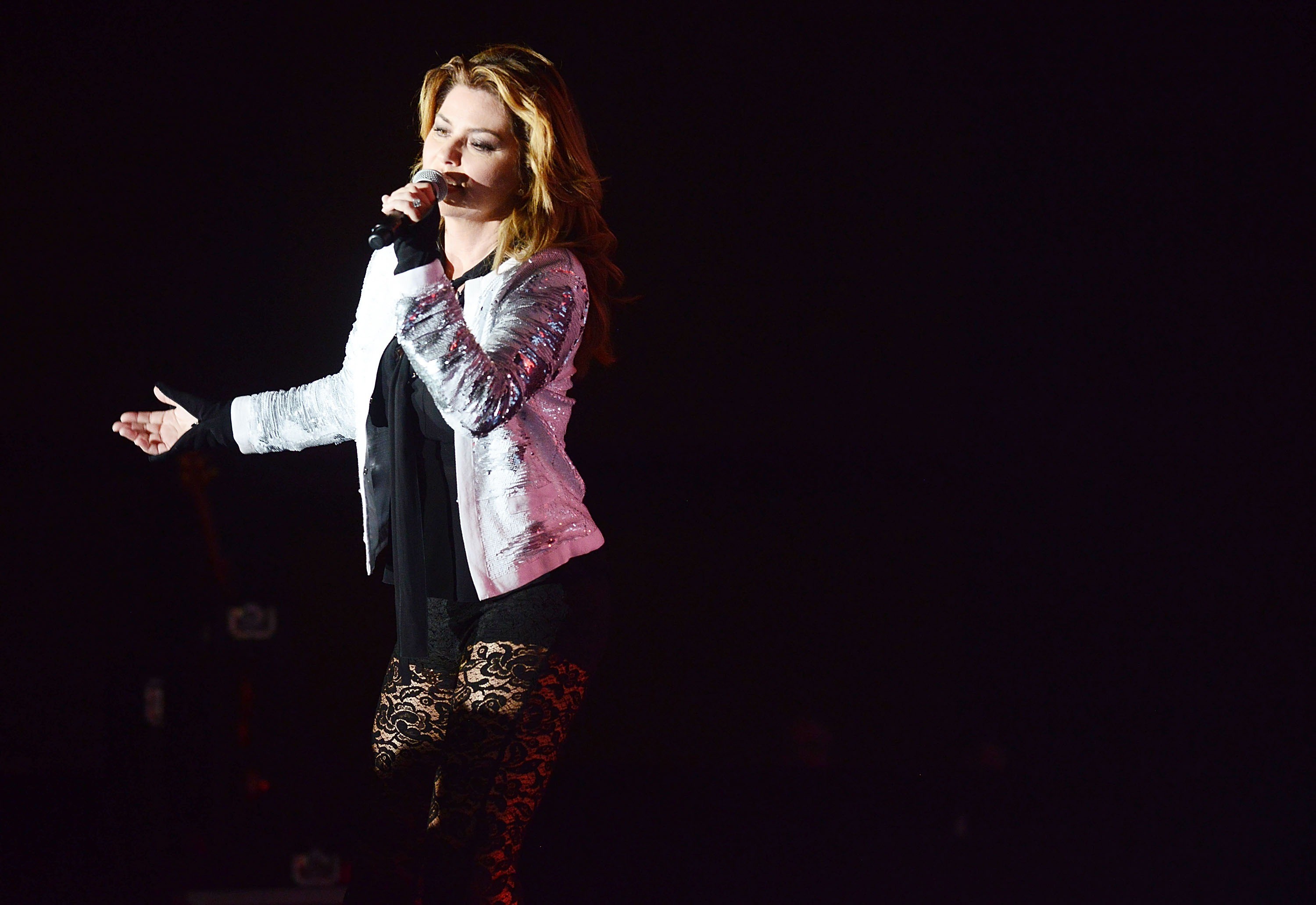 Canada is known for many things – huskies pulling sleds, goofy looking officials called “Mounties,” and Shania Twain. It is not so much known internationally for its Canadian Football League, which just had its 105th Grey Cup this weekend. The game was undoubtedly thrilling, with a the Toronto Argonauts coming from behind to score the winning touchdown in the fourth quarter against the Calgary Stampeders. But arguably the most thrilling moments of the entire broadcast were, as they often are, occupied by Shania Twain and her extremely Canadian halftime performance.

What does extremely Canadian mean? How about, “Shania Twain enters a snow-covered football field decked in a sparkly red jumpsuit, pulled on a sled by a pack of Siberian huskies”? If that isn’t enough, consider that Shania is then escorted by a friendly Royal Canadian Mounted Police officer before immediately launching into her genre-defying single “That Don’t Impress Me Much.”

Any American counterpart to a performance brimming with this much national pride would likely be disastrous – Madonna is carried in by a gaggle of street rats before being escorted by William Bratton to perform “Like A Virgin”? Taylor Swift performing a song called “Welcome to New York” on Good Morning America? Perish the thought.

Instead, let’s focus on Canadian hero Shania Twain, who’s been having a much better year than cheap Shania Twain impersonator Megyn Kelly.  Now, her first album in over a decade, debuted at number 1 on the Billboard 200 chart, but judging by her performance last weekend, she’s still fond of her old perennial classics. After a rousing performance of “That Don’t Impress Me Much,” Shania transitioned into a newer song, which the crowd seemed to like a fair amount. But Shania wasn’t satisfied with just “a fair amount” of satisfied Canadians, and she closed out her performance with a pyrotechnics-filled, snow-covered rendition of “Man, I Feel Like a Woman.”

Watch the performance below and try not to get too upset that the best our national football league could muster this year is “Justin Timberlake – this time, no nipples!”