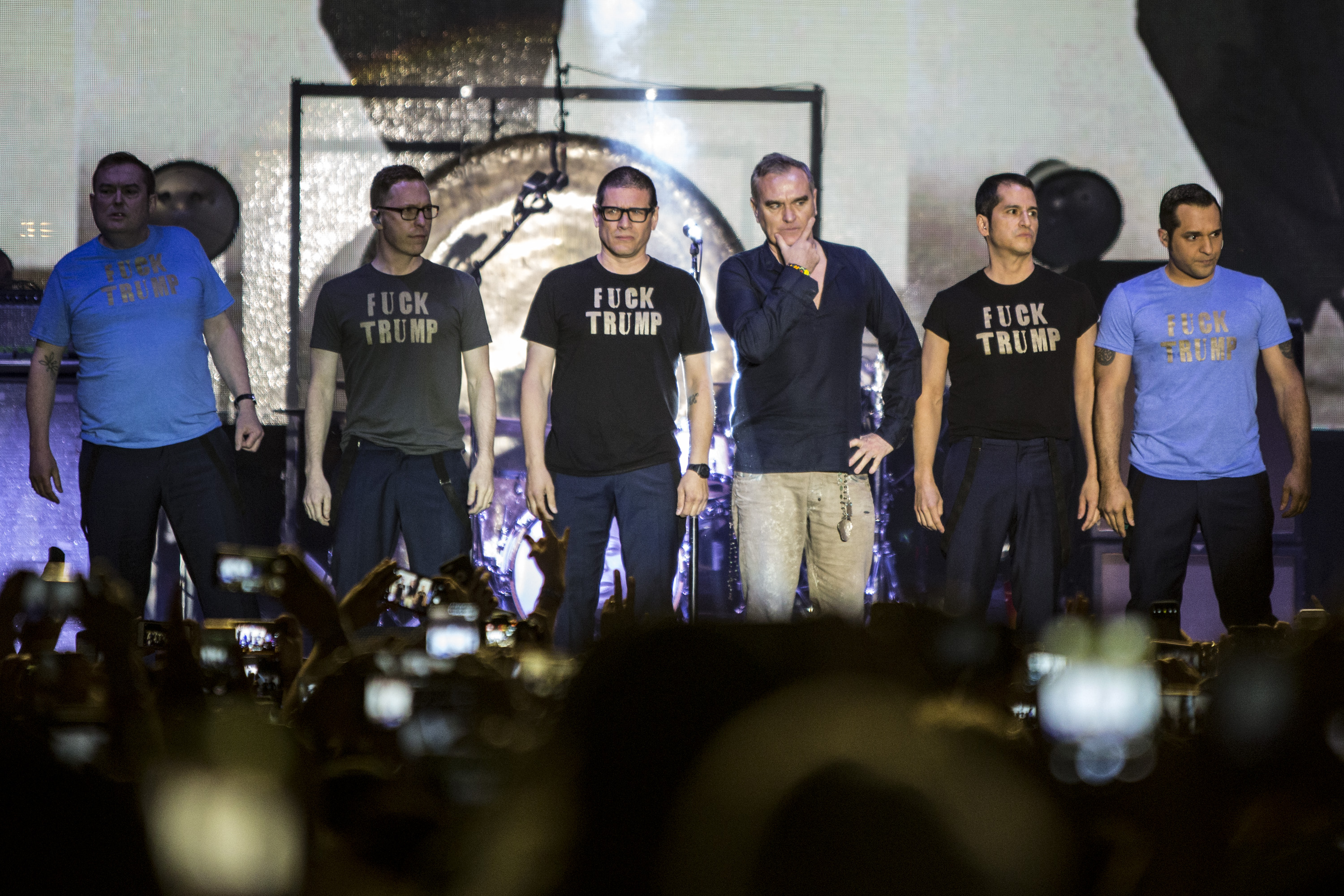 Never too far from controversy, Morrissey is now taking shots at Donald Trump. In the full digital version of his paywalled interview with German weekly Der Spiegel, the former Smiths frontman stressed the president’s floundering leadership skills and his own dismay with the current state of global politics.

“Trump has received so much attention, especially when compared to other candidates—Bernie Sanders, for example,” he shared. “Although the media said he will not win, every day, all the headlines: Trump, Trump, Trump, Trump!”

“Since he has been in power, he has exhausted the world,” Morrissey continued. “He grabs after everything like a little child. He is not a leader. He is a vermin.”

When asked hypothetically: “If there was a button here that would kill the president instantly, would you push it or not?,” Morrissey, to the surprise of no one who’s been watching him closely in recent months, plainly answered: “I would, for the safety of humanity. It has nothing to do with my personal opinion of his face or his family, but in the interest of humanity, I would push.”

The remark follows some unflattering recent comments from Morrissey about Kevin Spacey and Harvey Weinstein, which were recently called out by Garbage frontwoman Shirely Mason. Morrissey’s new album Low in High School was released earlier this month. Read the full interview with Der Spiegel here.