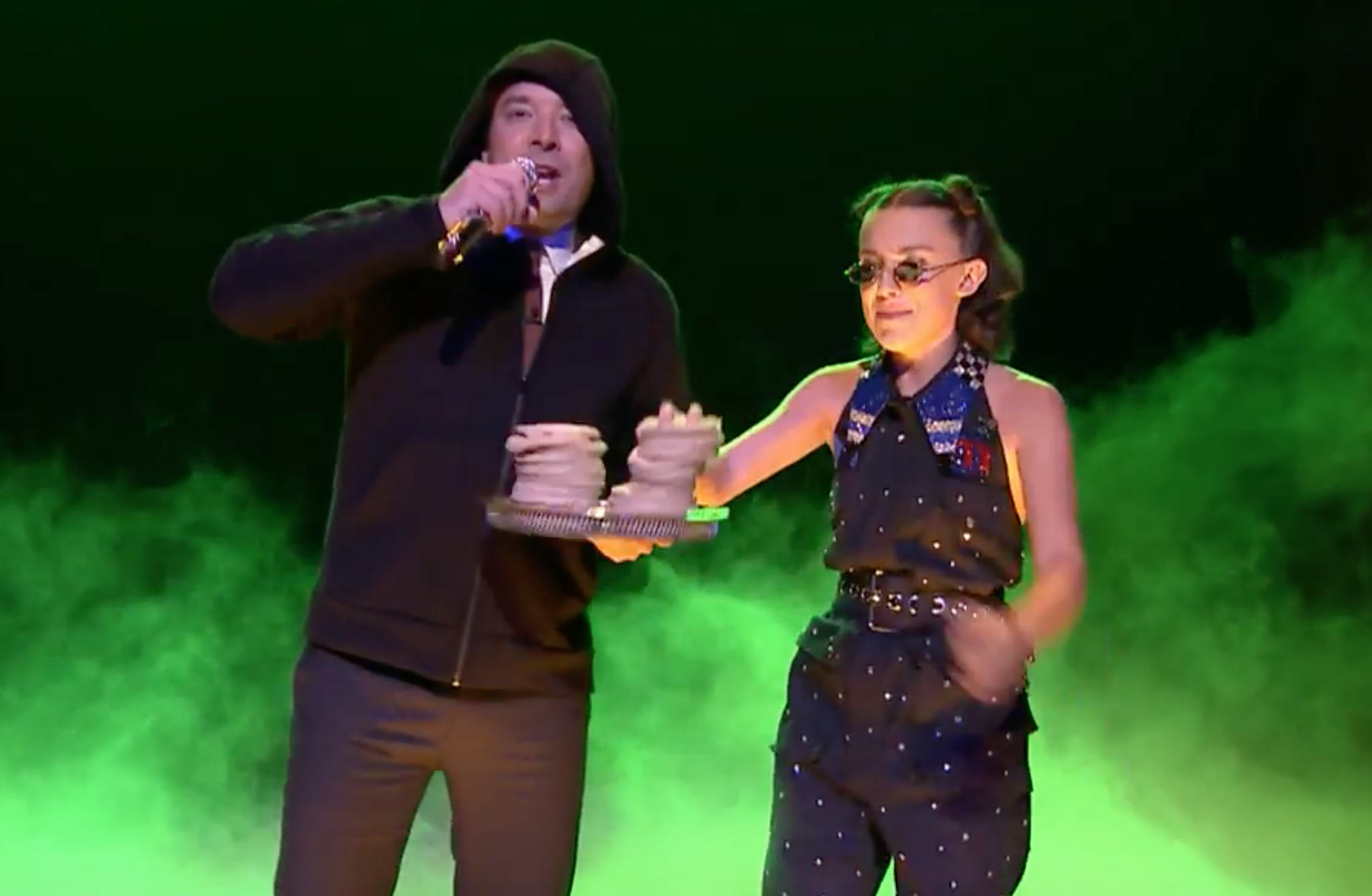 Millie Bobby Brown, the 13-year-old child actor who does really good work playing Eleven on Stranger Things, likes to rap. We know this. She’s done it on The Tonight Show, on the Golden Globes opening musical number, and (sort of) at the Emmys. Now that season two of Stranger Things is up on Netflix, Jimmy Fallon obviously wasn’t going to miss the opportunity to get a cute kid to rap on his show. So on last night’s Tonight Show, Brown did a rap recap of Stranger Things season one. The Roots backed her up. Fallon put on a hoodie, played hypeman by doing what I guess was supposed to be a Tim Westwood impression, and threw Eggo waffles into the crowd. If you can get past absolutely everything else about this, Brown’s execution was good! Watch it below.

PSA: Netflix has a perfectly serviceable season-one recap of Stranger Things that’ll automatically play when you put on season two. It does not involve Jimmy Fallon’s rap hands.