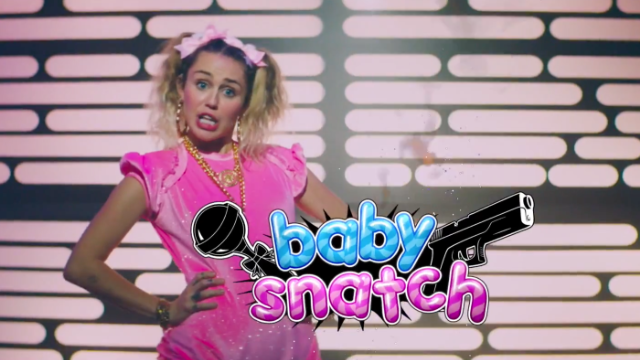 Larry David may have been willing to host Saturday Night Live yesterday, but that doesn’t mean he was willing to participate in a rap video parody where everyone was dressed as a giant baby. While cast members Pete Davidson, Chris Redd, and Kenan Thompson and musical guest Miley Cyrus do “the baby step,” Larry David watches on incredulously. Watch that, Miley’s performances of “Bad Mood” and “I Would Die For You,” and a The Price Is Right sketch with various celebrity impressions below.

Curb Your Enthusiasm Season 9 Finally Has a Premiere Date