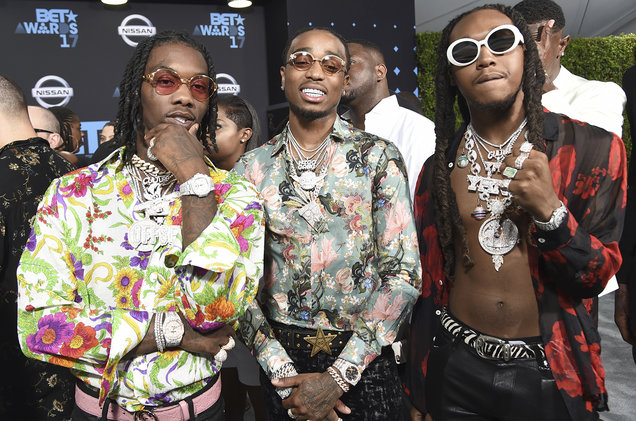 After riding dirty with Nicki Minaj and Cardi B on their high-octane single, “MotorSport,” Migos plan to shift gears and go into overdrive in the next few months. In a new profile written by the New York Times highlighting the success Atlanta-based label Quality Control, it was revealed that Migos’ new highly anticipated album, Culture 2, will arrive in January.

Earlier this year, the highly sought-after triumvirate controlled the airwaves, as their single “Bad & Boujee” topped the Billboard Hot 100. Their follow-up single, “T-Shirt,” had similar success, as it slithered its way into the Top 20, peaking at No. 19. In February, Migos landed the No. 1 album on the Billboard 200 with Culture, clocking in at 131,000 its opening week following its Jan. 27 release.

Elsewhere in the story, it was also revealed that Lil Yachty will be releasing his Lil Boat 2 mixtape in late December. For Yachty, he has a fistful of projects on deck, as he recently announced that he and Lil Pump would be teaming up for a collaborative effort of their own.

“First Of The Year, We Promise,” said Yachty on social media last week regarding his joint effort with Pump. Before Quality Control frees Lil Boat 2 and Culture 2, according to NYT, the label will release their compilation album Quality Control Presents: Control the Streets, Volume 1 on Dec. 8. The project will boast appearances by Nicki Minaj, Cardi B, and Kodak Black.