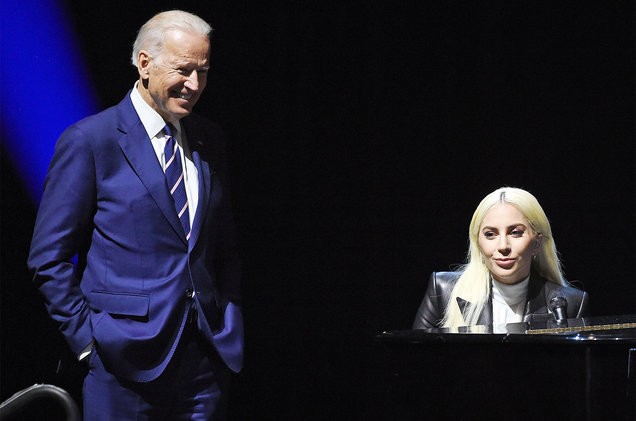 Former Vice President Joe Biden shared a bit of news regarding his collaboration with Lady Gaga to provide support victims of sexual assault while speaking at Glamour‘s Women of the Year Summit on Monday (Nov. 13) in New York. The pair, who previously teamed up for the It’s On Us campaign back in October, are now looking to open trauma centers for long-term relief.

“Women who are abused end up having long-term physical and physiological problems,” Biden explained. “I’m working with Lady Gaga now… we [want to] set up trauma centers where women can go to get the long-term help they need to deal with these crises… We finally are recognizing the long-term impacts on the health of women and men who’ve been abused. It’s the next great frontier I want to be part of.”

A spokesperson for the former VP told EW, “The Vice President and Lady Gaga share an interest in addressing the long-term physical and emotional effects of trauma and they have been discussing what to do about it.” It is too premature to contemplate the reality of these centers once they are set up, however, as the spokesperson elaborated, “Their discussions on how to move forward are in the early stages.”When Gaga and Biden teamed up earlier this fall for It’s On Us, the Obama-era campaign turned nonprofit seeking to increase education regarding sexual assault on college campuses, the singer had much to say about the issue at hand. “It can be terrifying waking up everyday feeling unsafe in your own body,” said Gaga. “But we’re here to remind you that it’s important to reach out to someone in your life that can trust and to know that they will be there to help you. There will be someone to listen, because you know what, it’s on us.”

A message from me & my buddy Vice President @JoeBiden @ItsOnUs to stop sexual assault. Go to https://t.co/aMd5silSst #ItsOnUs to help. 🇺🇸 pic.twitter.com/w5JGRCd2z8

Gaga’s working relationship with Biden stems directly from her participation in speaking out in support of sexual assault survivors. In Feb. 2016, Biden welcomed Gaga to the stage at the Academy Awards for her moving performance of “Til It Happens To You,” the award-winning song she penned alongside Diane Warren for The Hunting Ground.