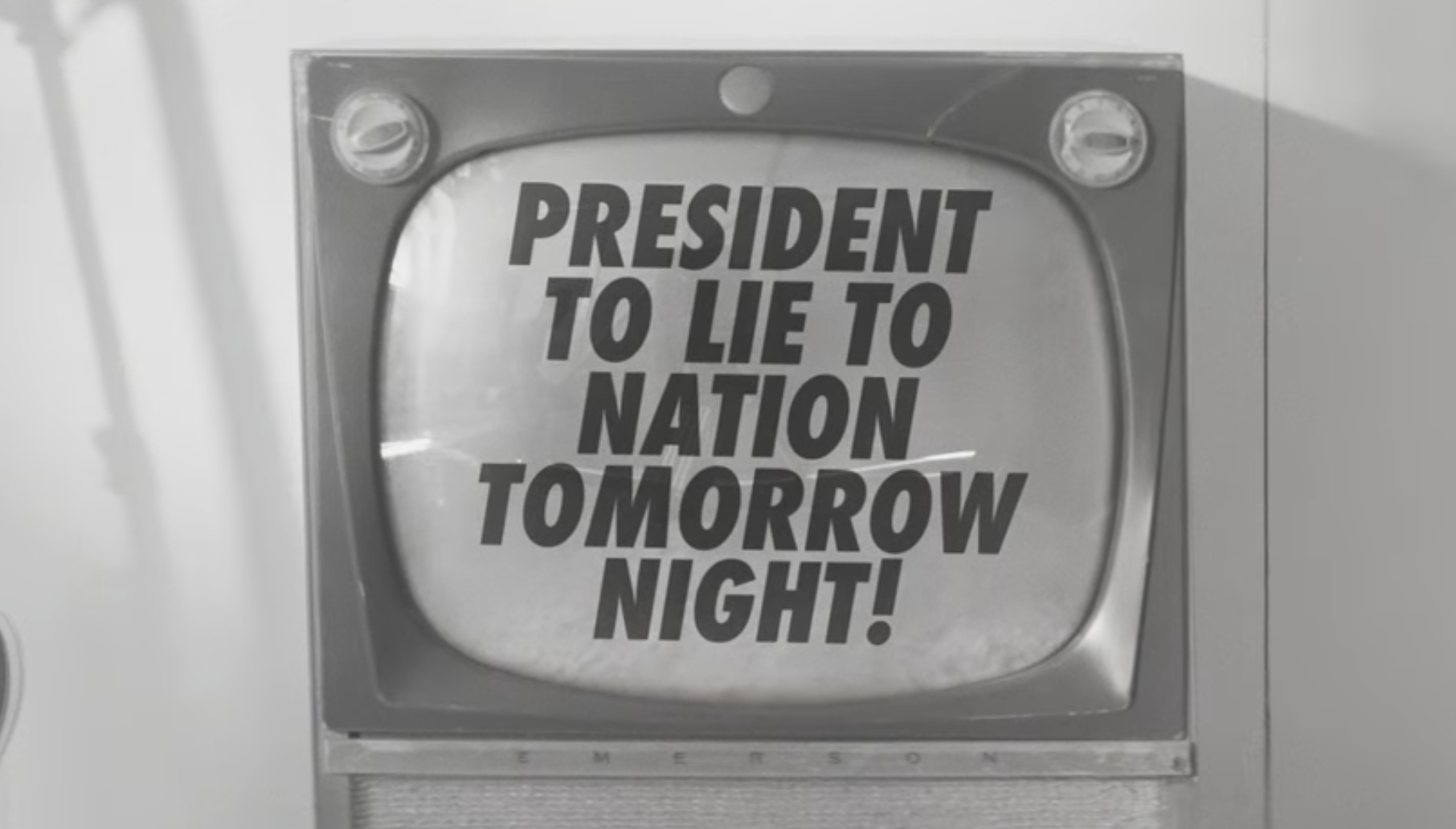 The video for the song, released today, situates the Green Day guys in an alternative, Leave-It-To-Beaver-esque reality, in which 1950s signifiers are merged with ones from our contemporary reality (makes you think!). At the beginning, a grinning saleswoman comes to Green Day’s home with a suitcase full of sunglasses. If you put the glasses on, in a deathly explicit homage to John Carpenter’s classic horror flick They Live, you see the grim reality of the world: Apparently, secret messages written in the “OBEY” font are everywhere, revealing America’s materialism and corporate greed. The most pointed, recurring one: “PRESIDENT TO LIE TO NATION TONIGHT.”

Already, the foreshadowing makes your stomach lurch with preemptive nerves, knowing that Trump will never be able to come back from whatever is coming. Eventually, Billie Joe chloroforms the cameraman and stages a musical protest at the Trump lookalike’s televised address. Through Sunglasses Vision, you can see: The president is a big old zombie-alien monster, almost identical to the monstrous fatcats in They Live, but with a slight Mars Attacks! edge. He’s manifested his true colors, as if Banksy was stenciling him onto a wall. The black-and-white world becomes color again after Green Day’s heroic coup, like in the movie Pleasantville.

Where does this leave America? The resignation speech writes itself. President Pence is certainly going to be harder to oust in 2020 than Trump would have been, so let’s get the conversation started about how to prevent another four years of terror in the Oval Office right now. Watch the video, which was directed by Brendan Walter and Greg Yagolnitzer, below.