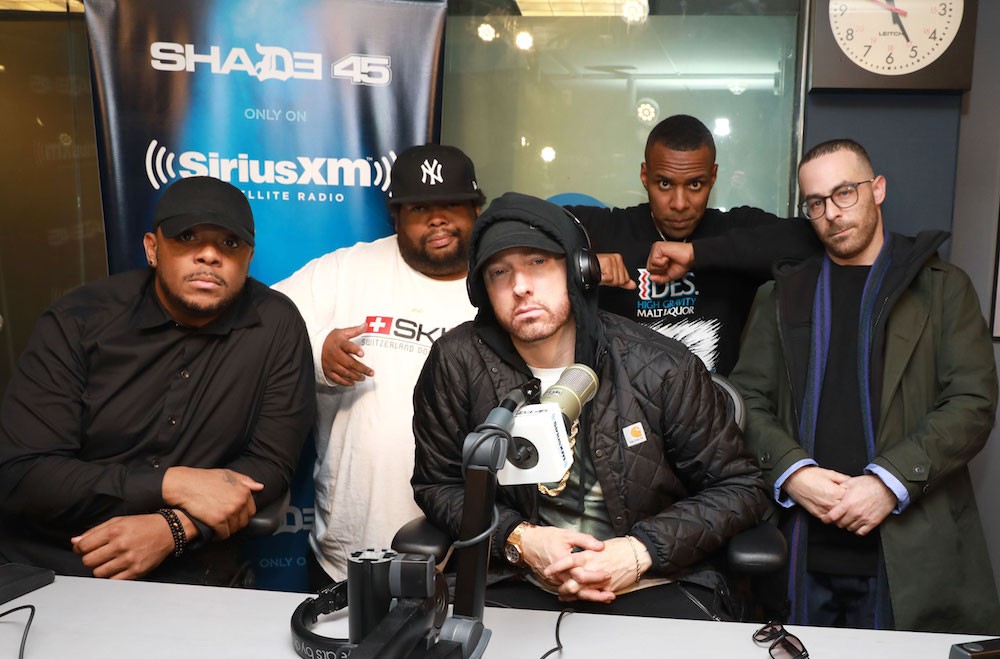 Back in October, Eminem returned to the spotlight with a BET Hip-Hop Awards freestyle that centered around his intense dislike for Trump. The a cappella performance threw some of his Trump-supporting fans into a crisis, but apparently not Trump himself. The president, who insulted a potential nuclear threat on Twitter, has remained silent about Eminem’s freestyle.

Eminem noticed, too. Slim visited Shade 45 to talk about working with Beyoncé (“Everything she does is so perfect”), current hip-hop (“Hip-hop’s good”), and his surprise at Trump’s non-response.

“I feel like he’s not paying attention to me,” Eminem says. “I was kinda waiting for him to say something, and for some reason, he didn’t say anything.”

Eminem also noted that his opinions on Trump haven’t changed: “I can’t stand that motherfucker.” Watch the clip, along with his Beyoncé praise and fondness for good modern hip-hop, below. Eminem is set to perform at this weekend’s episode of Saturday Night Live.