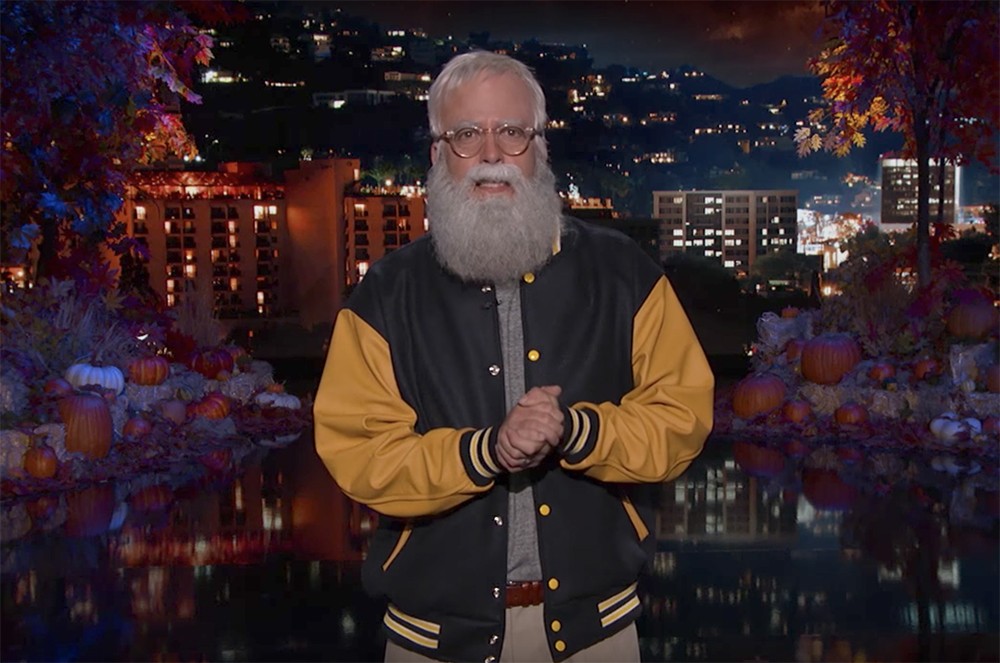 As part of a week of celebrity takeovers, Dave Grohl hosted last night’s episode of Jimmy Kimmel Live! In the Halloween spirit, Grohl dressed up as a retired David Letterman, complete with a full grey beard. Grohl confidently delivered a Halloween-themed monologue and presented Kimmel’s famed “I told my kids I ate their Halloween candy” challenge.

But being the Foo Fighters frontman comes with its perks – after interviewing Kristin Bell, the Frozen star took the stage perform a mashup of songs from the musical and “Enter Sandman” by Metallica, with Grohl providing backup on the drums.

Later in the episode, Grohl interviewed Alice Cooper, who, covered in fake blood and sporting his signature eye makeup, remarked of the Halloween decor, “I’m the only person who doesn’t have to dress up like somebody else.” The Foo Fighters then joined Cooper and Grohl on stage for a spooky rendition of Cooper’s “Ballad of Dwight Fry.” Watch clips from the episode below.