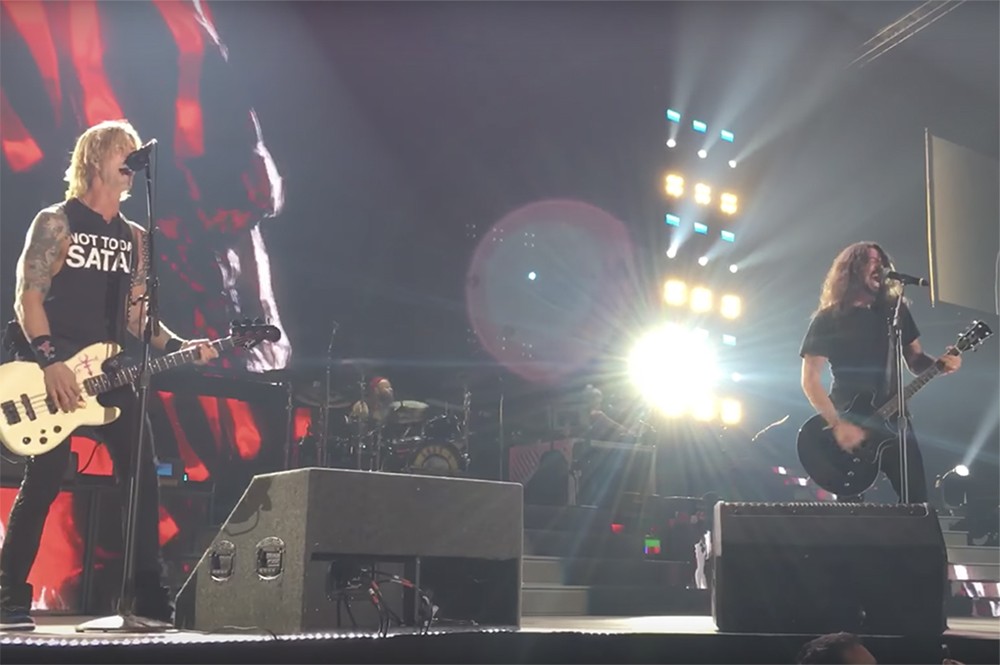 Dave Grohl and his old band Nirvana famously feuded with Axl Rose and Guns N’ Roses for years, culminating in a tense VMA showdown in 1992. Since then, the bands have quietly mended their beef behind closed doors, such as when Guns N’ Roses drummer Matt Sorum called Dave Grohl to console him after Kurt Cobain’s suicide, and through more public gestures – last year, Dave Grohl lent Axl his elaborate performance throne after the Guns N’ Roses singer broke his foot. Last night in Tulsa, Oklahoma, Grohl overtly cemented his newfound kinship with the band by joining them in a ceremonious performance of “Paradise City.” After announcing that Grohl “happened to be in town,” Axl brought out the Foo Fighters frontman for a straightforward, but nonetheless joyous, performance of their hair metal hit. Watch a fan recording of their feud-squashing performance below.