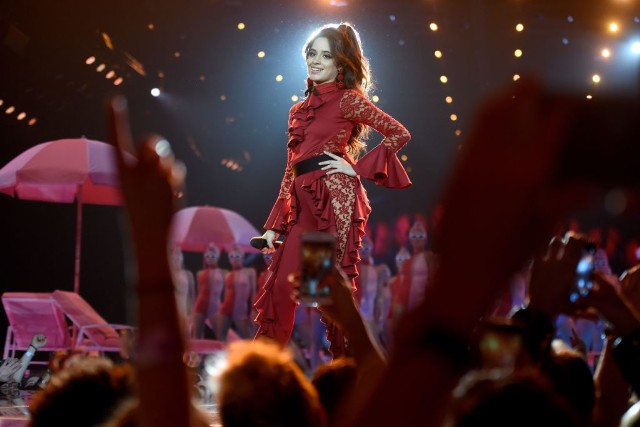 Fresh off her performance at last night’s MTV European Music Awards, Camila Cabello has released a remix of her single “Havana,” featuring new lyrics in Spanish and a guest verse from Daddy Yankee. “Havana” was already Cabello’s biggest commercial accomplishment to date as an aspiring solo star; a guest verse from Young Thug and an elaborate telenovela-within-a-music-video treatment helped push the original version to #2 on the Hot 100 chart. She’s presumably hoping to extend that success with the addition of Daddy Yankee, whose co-billing on the inescapable “Despacito” makes him an attractive prospect for anyone hoping to achieve runaway popularity in Latin pop. It’s also a catchy song! Listen below.