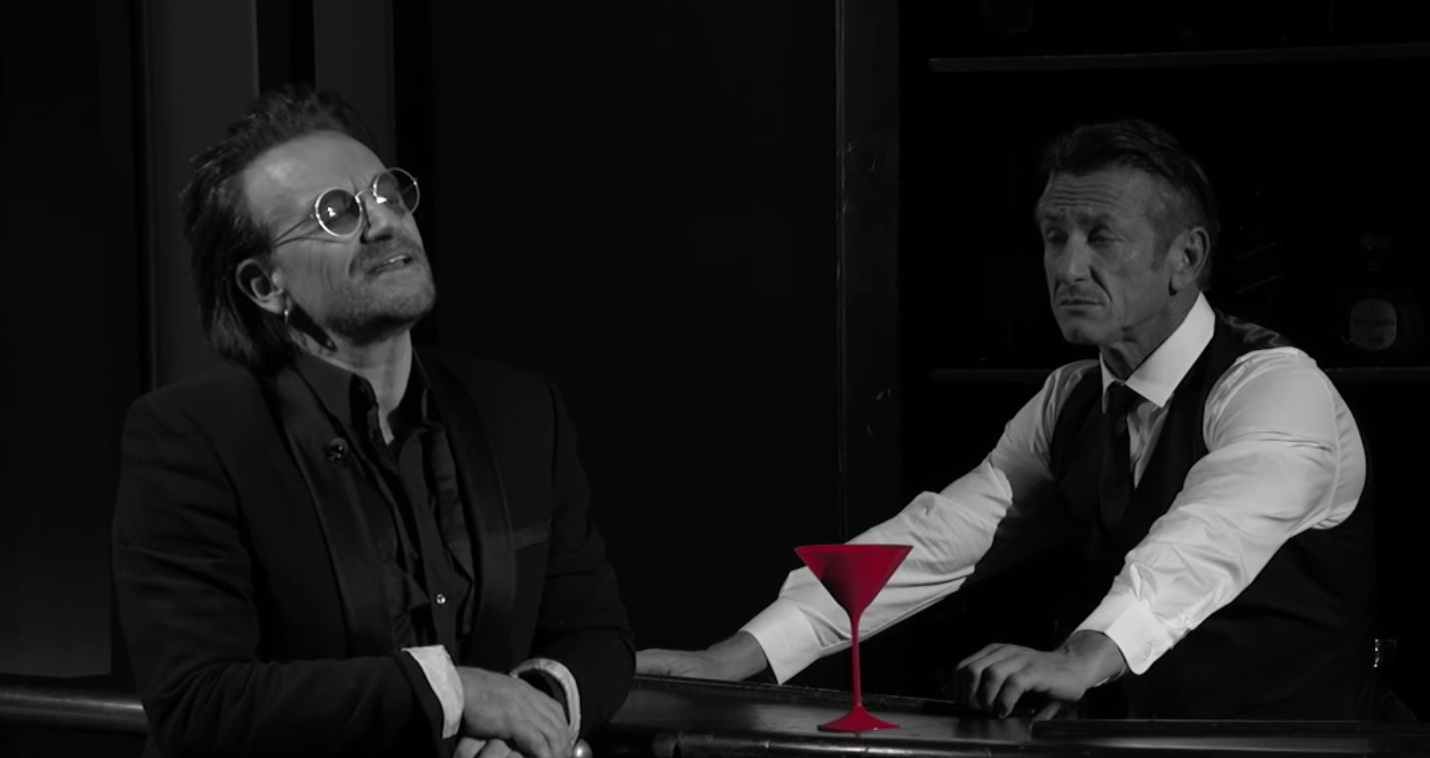 On the face of it, it definitely sounds evil, but actually it’s for a good cause: A costumed Bono (the one from U2) ruining one of the greatest barroom jazz standards on Jimmy Kimmel Live!, with Coldplay’s Chris Martin behind the grand piano, and joining in on vocals in the bridge. The role of “Joe,” the bartender to whom Harold Arlen and Johnny Mercer’s song is addressed, is played by (why not?) Sean Penn, making his the only appropriately cast part. The red hues on-stage, bursting through an initial black-and-white palette, are more than just holiday-inspired since the performance was part of a Kimmel episode devoted to AIDS awareness and supporting the charity RED. Watch Bono have his sordid fun for a good reason below.